I very, very much liked it.

I wanna check that out ASAP.

about to see spotlight, feel like I got the worst seat in the theater

well i’m kinda shaken after that 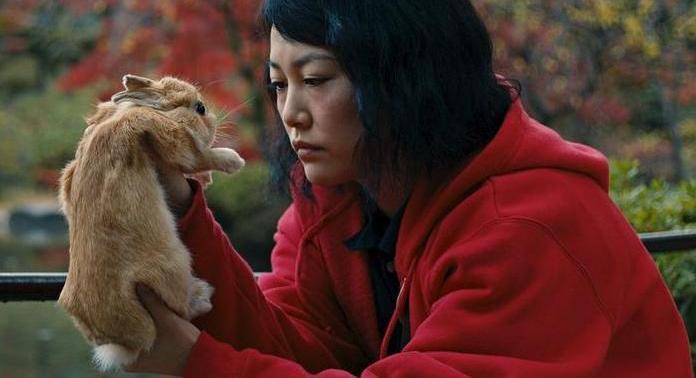 The story is about a Japanese woman who becomes convinced that Steve Buscemi’s buried treasure from Fargo is real. A quiet introvert stuck in an unsatisfying job, Kumiko (brilliantly acted by Rinko Kinkuchi) begins to spend all of her free time studying clues as to the treasure’s whereabouts. Eventually, she begins to plan her trip to North Dakota. Director David Zellner mentioned that part of the appeal of this was the notion of a 21st century treasure hunter. It seems like an antiquated idea, putting together a collection of clues and maps in the hopes of finding buried treasure. The film really plays on this idea, and much of it feels mythical or fantastic.

One of the first things I noticed about this movie is that it has a great eye. What could have easily been a by-the-numbers film opens with a gorgeous shot of Kumiko walking along a beach and another as she enters a mysterious cave. The cinematographer, Sean Porter, is able to consistently get great shots in a variety of environments. This is paired with a very good score by the Octopus Project, adding in music that feels appropriately weird. Another thing you notice early on is that the film has a clever sense of humor. The comedy isn’t aggressive, but it’s consistently effective. All of these stylistic aspects help add to the experience, making an already interesting concept feel even more original and daring.

At its core, I feel that Kumiko, the Treasure Hunter is a movie about belief. Our heroine is a recluse and introvert by choice, yet she increasingly finds herself unhappy with her life. By finding the old Fargo VHS tape in the cave, the idea of this treasure begins to give her a sense of purpose that had been missing. By pouring all her time and energy into finding the treasure, she desperately needs it to be real. But even if the treasure doesn’t exist, is Kumiko better off pursuing the fiction than wallowing in her misery? The story is able to show both sides of this without ever explicitly commenting on it, something I really appreciated. It’s the sort of film that lingers in your memory long after you’ve seen it. If nothing else, it should provide for some worthwhile post-viewing discussion and analysis. 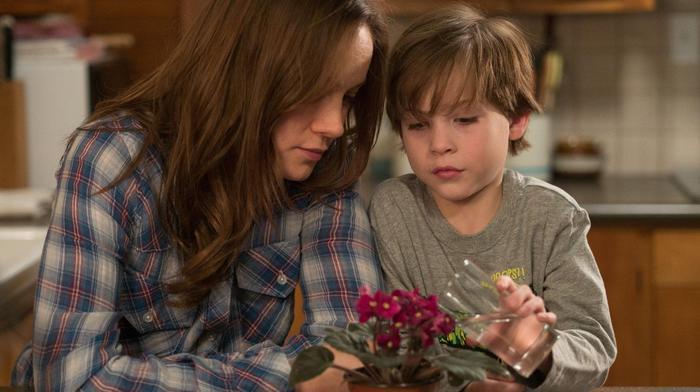 Lenny Abrahamson’s film is based on a novel about a woman and her son held in captivity. Despite the connection to horrifying cases like this which do take place, this is not a film that basks in exploitation or horror. It’s a movie that is more interested with the relationship between a mother and child. Even the room itself is fantasized and re-imagined for her son in a way to make the situation bearable. She is continually forced to make decisions about what’s best for her five-year-old son, all the while having to deal with the intermittent presence of her kidnapper and overwhelming logistical hurdles. You get the sense that the two of them, Ma and Jack, sustain each other in a very meaningful way.

Jacob Tremblay does a very good for a child actor and Brie Larson is very deserving of the praise she’s received for this role. This is her breakthrough performance for wider audiences, but what little she’s been in before like Short Term 12 already showcase her as a brilliant talent. I don’t think she’ll ever be marketable in a way that Jennifer Lawrence is, but she has an amazing commitment to her craft. For Room, she did some really crazy things to prepare herself for the role, since she viewed it as an almost insurmountable challenge to do justice to women with these experiences. In one NPR interview, she talked about locking herself away in isolation for months on end. She cut off communication with the outside world, including phone, TV, internet etc. and even reduced her diet to a very bland regiment. At first, she thought it wasn’t going to be too much of a challenge. But as the days turned into weeks, she says she found the task extremely difficult and that by the end it nearly broke her.

going to watch the big short in a few minutes

Season 2 of Daredevil is pretty good although I wish they had released one episode at a time. 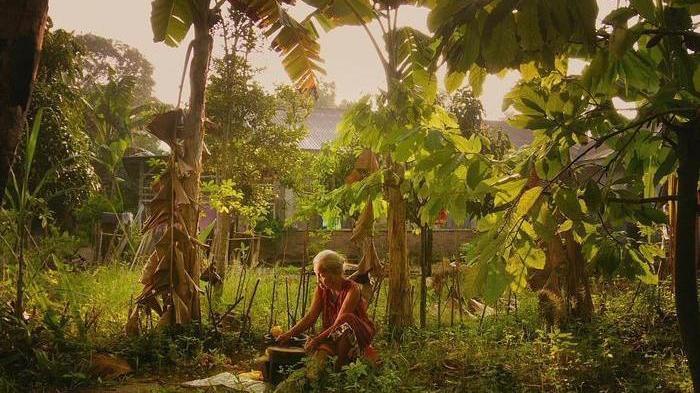 By now, you’ve probably heard of Joshua Oppenheimer’s film The Act of Killing. This newest documentary, The Look of Silence, is a companion piece to it. Both films are focused on the genocide that took place in Indonesia in 1965. But while The Act of Killing takes a surreal and imaginative re-enactment approach, this latest work by Oppenheimer is structured much more like a conventional documentary. That’s not to diminish The Look of Silence or even imply that it’s an inferior film in some way, as it’s every bit as distressing and mesmerizing, albeit in a different way. It’s a stark and uncompromising look at what human beings are capable of in terms of thoughts and actions.

Due to Joshua Oppenheimer’s work on these projects, a family came to learn the way in which their son was brutally murdered. They also learned the identities of the men responsible, who are living their lives as though they did nothing wrong, like many who partook in the slaughter. The family’s youngest son Adi, who was born just after the genocide, finds himself struggling with this scenario. He wonders how it can be that the society simply accepts this dynamic, and he worries about raising his children in such a morally imbalanced world. Undeterred by the danger and profound awkwardness, he decides to confront each of his brother’s killers.

It can be extremely frustrating to watch a lot of these interviews play out, since those who were complicit in these crimes have no incentive or desire to repent. Even when you get the sense that some may be harboring private doubts, there is often little in terms of their demeanor to suggest a moral crisis is taking place. I suppose this is why the film is called “The Look of Silence”, because for much of the documentary it’s alarming to watch the indifference or double-talk surrounding these crimes. Some of these men say that they drank the blood of their victims in order to prevent going crazy, claiming that those who didn’t drink blood had since gone mad. Obviously, human blood can’t cure insanity, but perhaps this placebo effect really did work for some of them. It’s difficult to say when the human mind is capable of incredible fictions.

However, there are a few encounters where you get a sense that a perpetrator or their family are struggling with these horrors in their own way. One ex-leader gets so defensive that he demands to know the whereabouts of Adi’s family, retreating back into his shell of anti-communist rhetoric and intimidation. In another scene, a family is so distraught at what Joshua and Adi are showing them that they become loud and defiant, claiming that their mother has a heart condition and can’t be subjected to this. But, for me, the one moment that really stands out is when an older man and his daughter are confronted by Adi. The father is incredibly dismissive, while the daughter is horrified to learn of what her father once did. As the conversation goes on, we see a rare glimpse of someone actually empathizing with Adi and the loss of his brother. In the midst of so much indifference and hopelessness, it’s a sign that there is perhaps hope for the future generations of Indonesia. Perhaps this country will one day alter its narrative and learn from its past, even if that day seems far off.

You know you can just watch one episode a week if you want.

If I had more self control then I wouldn’t complain about it.

about to watch hateful eight

lmao sat in the wrong seat, this is going bad already

it was good yeah but, well, not many head left to count were there…

I watched Star Wars Episode 7 a second time today. Man, that movie is better a second time around. I’m ready as fuck for Episode 8. <3 Poe Dameron.

watched the new star warts
it was pretty good
nothing struck me as questionable other than you know who dying
chewie should have gone apeshit right then like terry crews shotgun angry but eh
also the shots if leia and chewie all mopey was kinda dumb and ofc the ending was unoriginal as fuck deathstar2?

lukes beard was majestic tho

“Did you see BvS? I mean, what the fuck was that?” 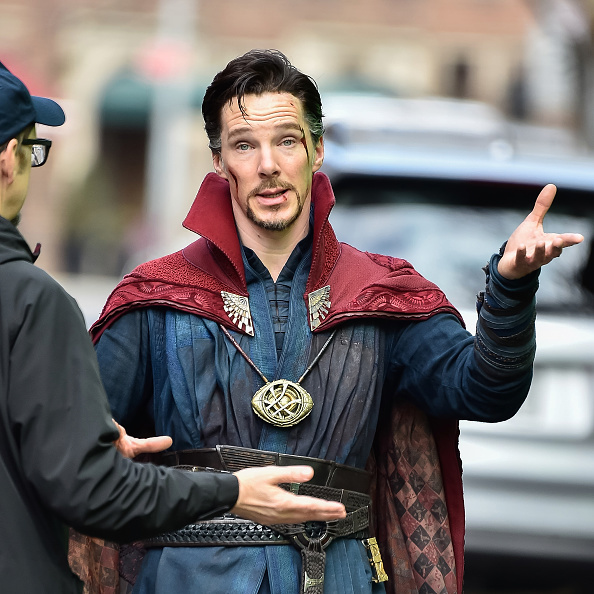