Following the events of Age of Ultron, the collective governments of the world pass an act designed to regulate all superhuman activity. This polarizes opinion amongst the Avengers, causing two factions to side with Iron Man or Captain America, which causes an epic battle between former allies.

The Iron Man armor in the concept art is “Bleeding Edge”

This entire armor is kept inside Tony’s body until mentally commanded, at which point it manifests itself as the Iron Man Armor. It can go toe to toe with Thor and savagely beat an amped Red Hulk. Its power source has been described as a man made star. The armor is made up of Nano-Machines that can now be commanded to turn into any type of structure upon Stark’s skin. For example, the nano-machines can turn into clothes, other armors, or even different beings completely, by having the nano-machines change their properties into whatever Stark wants them to be. It can also dissociate to transform into the Iron Man armor whenever Stark wishes. The armor and Stark’s own transhuman body are powered by the high-yield R.T. node mounted in his chest. The high output of the node has greatly augmented Stark’s intelligence and provided him with superhuman-level multitasking and learning capabilities.

Unlike earlier armors, this new armor does not appear to rely on motors and servos for motion. Instead, the nano-machines create a second layer of artificial muscle over Stark’s body, upon which additional structures are assembled. This also enables the armor to self-repair and be almost invulnerable, as the armor is capable of transforming and healing itself, by having the constantly replicating nano-machines replace anything that is lost or used, as long as the power output from the arc reactor isn’t interrupted or terminated.

The neurokinetic user-controlled morphologic nanoparticle bundles that form the suit reside in Stark’s body, and form a fibrous wetweb of iron and platinum, that can be commanded to form any type of structure upon Stark’s skin, from weaponry to clothing, and can even stop a howitzer shell.

Known weaponry includes repulsors, uni-beam, pulse bolts, tasers, and an energy blade. Defenses include deflector shields. Other type of weapons and upgrades seems to be created by Stark’s imagination, such as a boxing glove, large guns extending from his arms, or cannons.

The suit’s repulsors, which are located around the knuckles, chest, back and legs of the armor, as well as in the traditional palms, now function also as cameras, or “eyeballs”, which afford Stark a 360-degree panoramic view around himself. Temporarily replacing the suit’s primary composite - iron/platinum - with carbon nanotubes rendered it unaffectable by Magneto’s powers when he and Iron Man engaged in combat over Utopia.

It’s the next movie after Avengers: Age of Voltron. It’s also the next arc in the comics.

I think that after the events of Civil War Captain America is no more - either dead or retired, possibly taking on the Nomad name. That film is very much setting up the next Infinity War in a big, big way. After Ragnarok Thor is also out of the picture. The Hulk will remain missing or will pop up offworld. Cap’s side will have lost the CIvil War, so maybe Black Widow and Nick Fury have gone deep, deep underground. Considering his general nature and the storyline of his solo movie, Ant-Man would also be on Cap’s side if he’s in Civil War, so he and the Wasp could join the spies on the lam. Iron Man is running the show when Infinity War Part I happens… and everything goes bad. It isn’t until Part II that all the big guns come back, teaming up with the new kids like Doctor Strange, Spider-Man, Captain Marvel and a whole slew of Inhumans, to take down Thanos and save the universe.

Having not seen any of the avengers movies, this stuff it batshit crazy

Marvel.com reports that Martin Freeman has joined the cast.

Marvel Studios President Kevin Feige had this to say:

“From his roles as Bilbo Baggins and Doctor Watson to Tim in ‘The Office,’ Martin’s range from the dramatic to the comedic has consistently impressed us. We couldn’t be more honored or excited to have such a talented actor join the Marvel Cinematic Universe.”

Spider-Man fight scene in Civil War is described as “profoundly dorky” according to Movies.Birth.Death.

It’s important here to know that Tom Holland shooting his bit isn’t the same as Spider-Man shooting his bit. Spider-Man has been on that set for a while, played by stunt men. All you need Tom Holland for is any Peter Parker scenes, because otherwise he can come into a local recording studio and loop Spidey’s dialogue at any point between now and release. Basically if Spidey’s mask is off you need Tom Holland, but every other scene happens without him.

Sources have recently made it clear to me that there’s more Spider-Man in this movie than I expected. Spider-Man doesn’t just swing by and say hi - gets his hands dirty in this Civil War. He fights. And his fight scene might be the one that really gets fandom excited - not because of how top tier the face-off will be, but because of how profoundly dorky and unlike any other big screen superhero fight it will be. 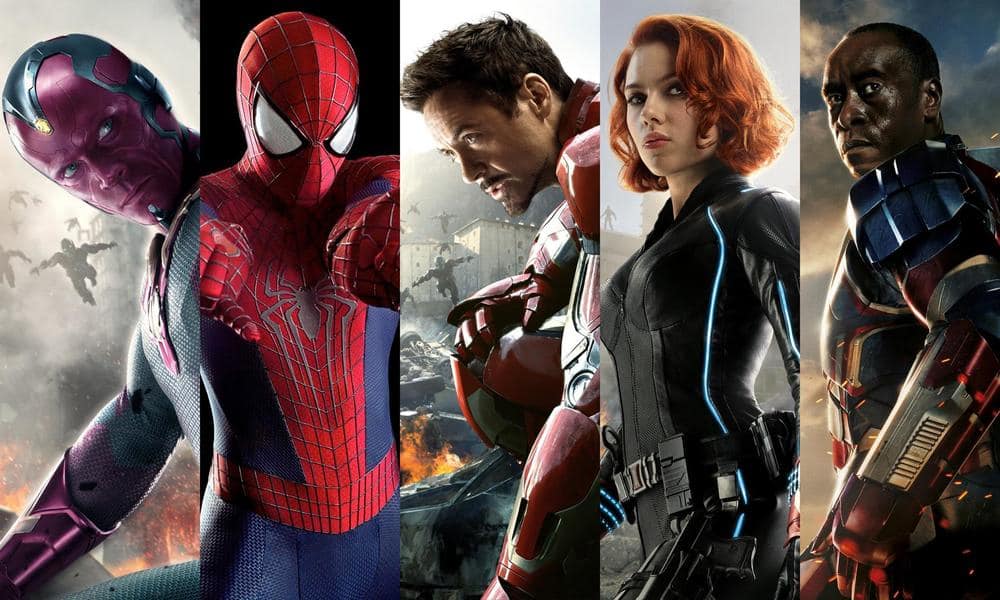 Page 1 - One of the things I get asked most is which Avenger is on which side in Captain America: Civil War. While Hawkeye, Ant-Man and... The last time we saw Variant Marvel Play Arts Kai Captain America was during San Diego Comic Con 2015. It was in prototype form. Now we get to see it in color! Square Enix has released a few official images of their new Captain America figure. Read...

I like the costume overall, but I don’t appreciate the shield. Maybe it’s just me, but I feel like Captain America’s smooth, circular shield is so important to the character, and the way he uses it, that the design used here dosn’t work. 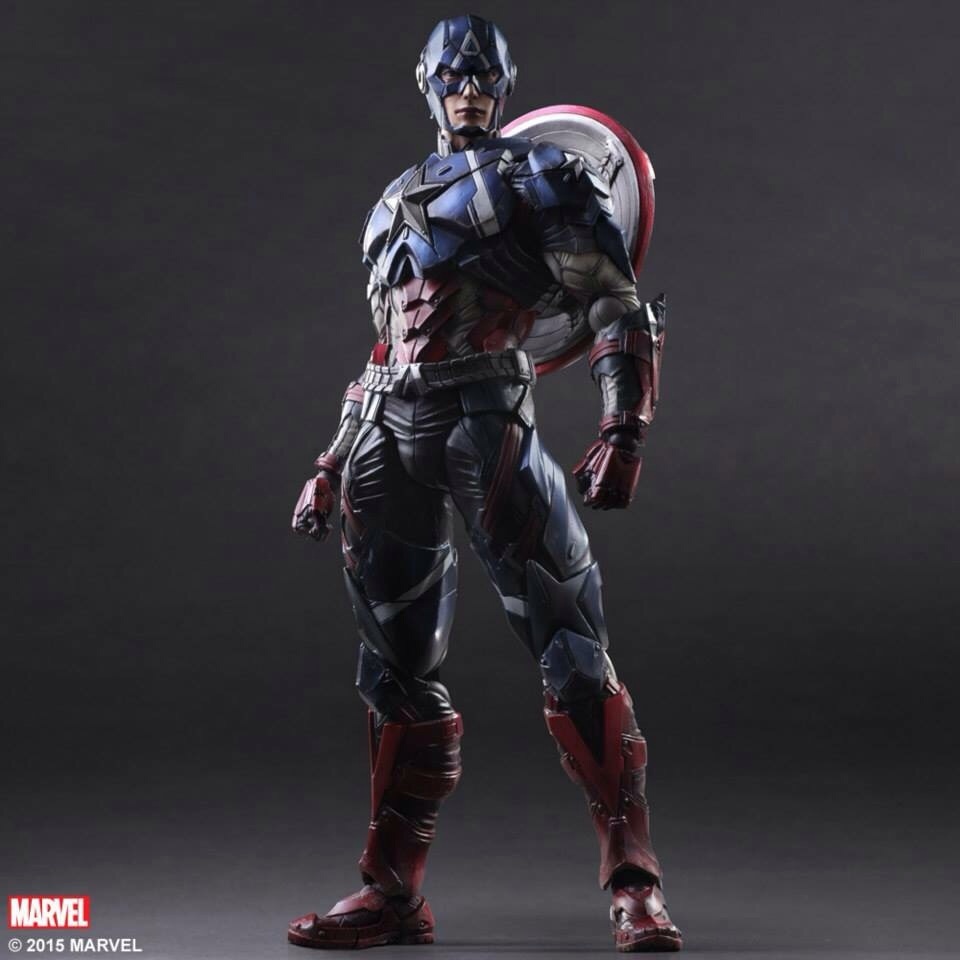 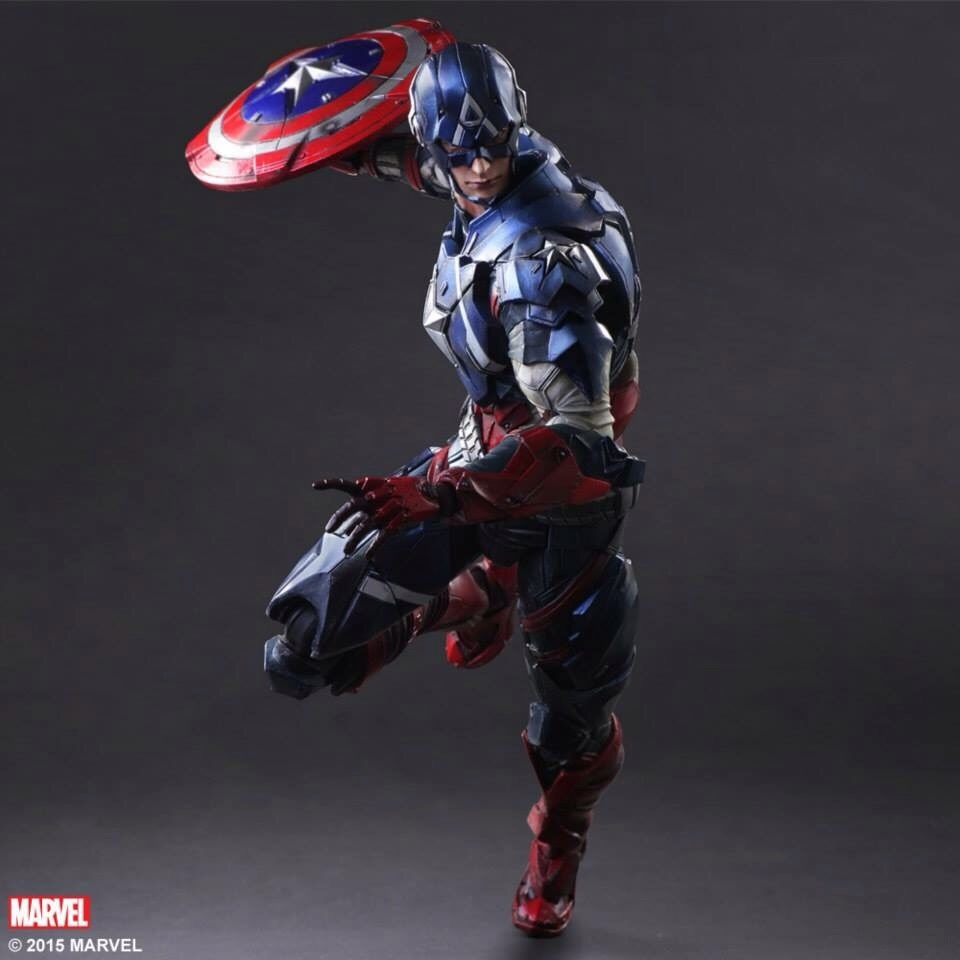 I was re-watching Avengers the other day and commented on how awful Caps uniform was. So cheesy. My fav is the stealth suit from Winter Soldier. 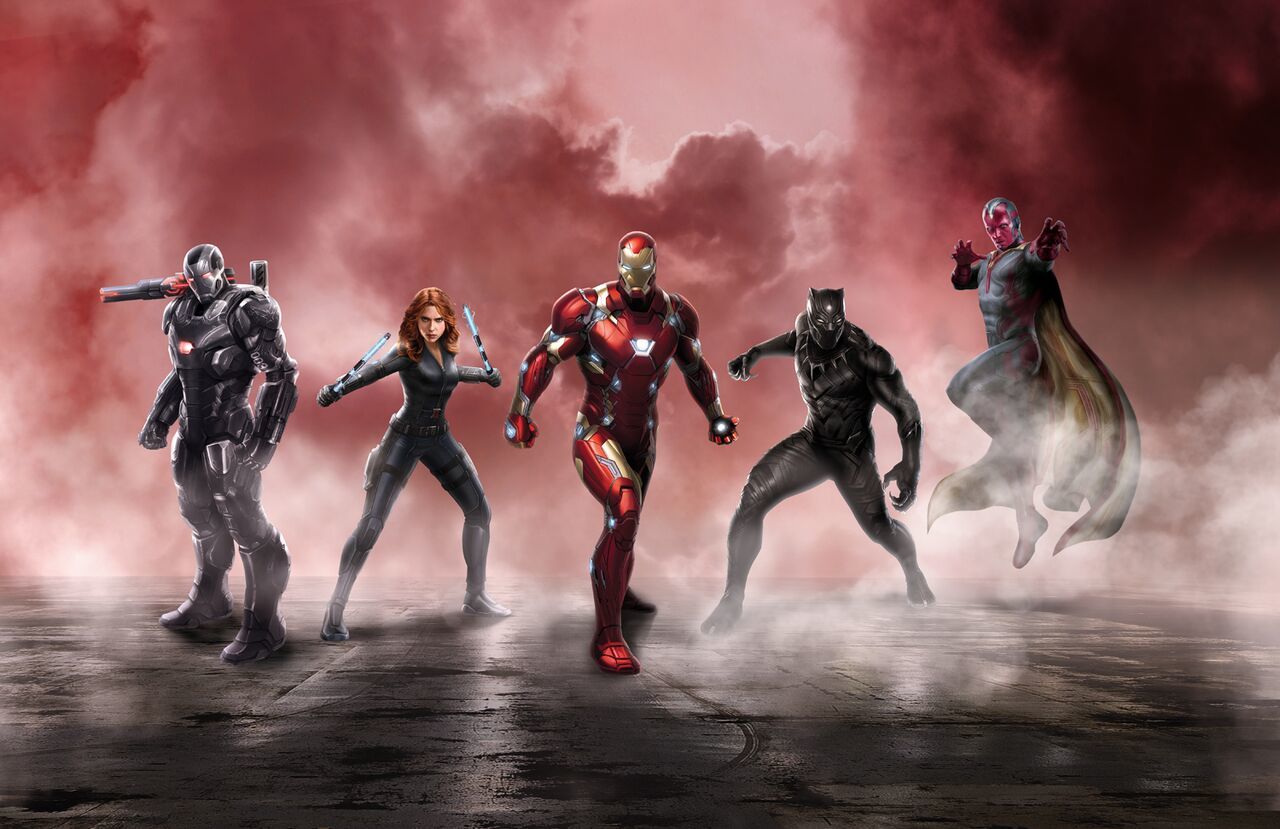 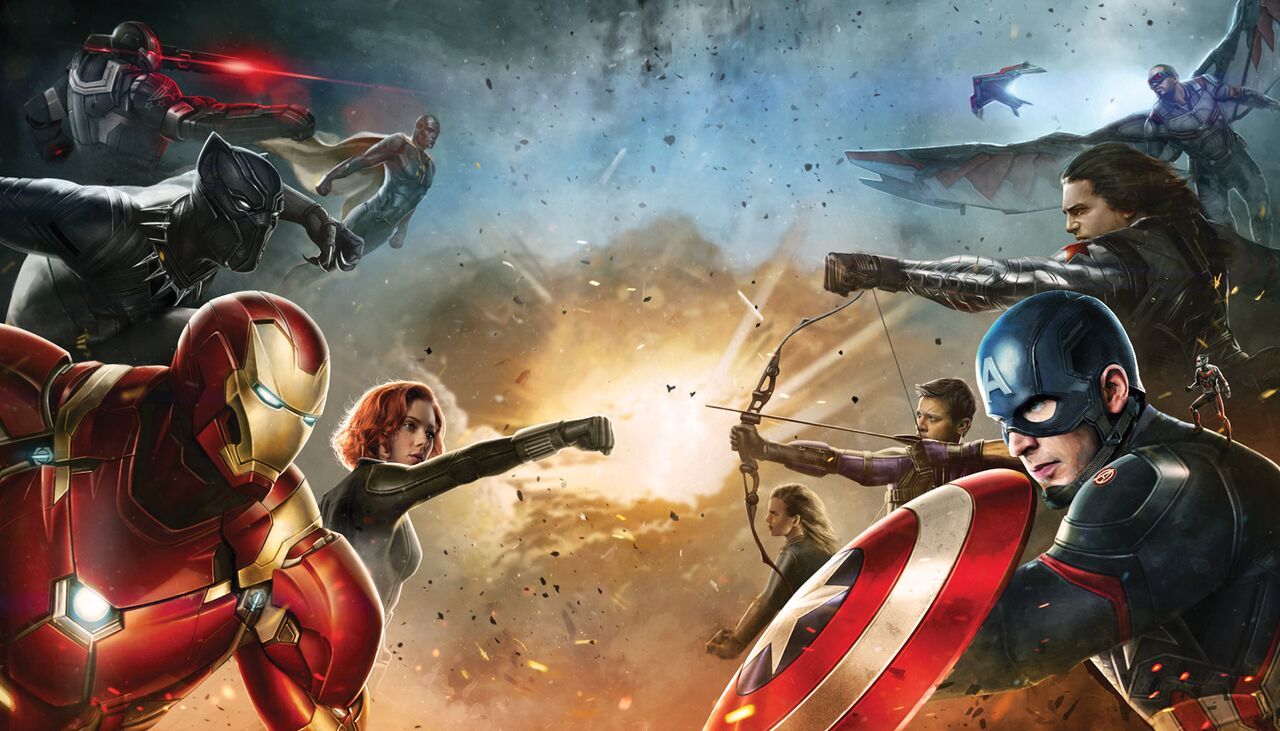 Why do people keep saying “lol hawkeye” when Jeremy Renner comes up?

Well, I’ve seen posts on GAF saying “lol hawkeye” when there’s a thread about him, so I don’t know what that means. Maybe it’s just some people never liked him as an actor, to begin with. I love him. He was awesome in Bourne Legacy, and The Town.

They should blame Joss Whedon or whoever wrote his parts for the Avengers films. They just don’t know what to do with that character on screen. Same with Black Widow.