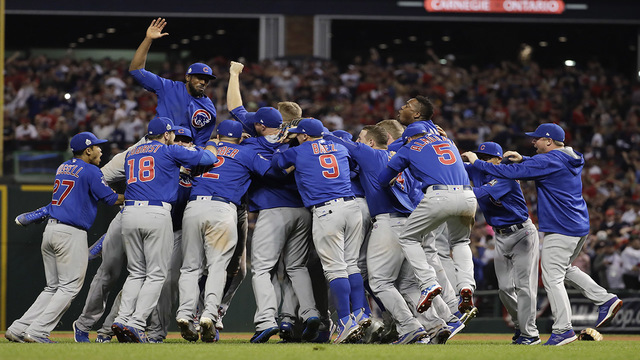 The last time the Cubs won the World Series was in 1908. They won the World Series in 1907 as well. Those were the only years before today that they’ve won the championship. This marks the third time. It was an incredible game, and it went into the 10th inning with a rain delay, to boot.

Is baseball still the most popular sport in the US? I honestly can’t think of anything more boring to watch. Even cricket is more exciting.

I’m pretty sure (American) football is.

I get the appeal of that sport.

Is baseball still the most popular sport in the US? I honestly can’t think of anything more boring to watch. Even cricket is more exciting.

I would normally agree if I were watching every game throughout the season, but if I’m only watching the World Series games, and my state’s team is in the championship, then it’s exciting. Last night’s game was extremely stressful even watching it. I couldn’t imagine how nerve-wracking it was to be playing it. Both teams had everything on the line because the Indians hadn’t won a World Series since 1948, and they also won a second World Series in 1920. Thus, both teams had only won two World Series several decades ago. This championship was a battle of the enduring underdogs.

Now for some fuckery: 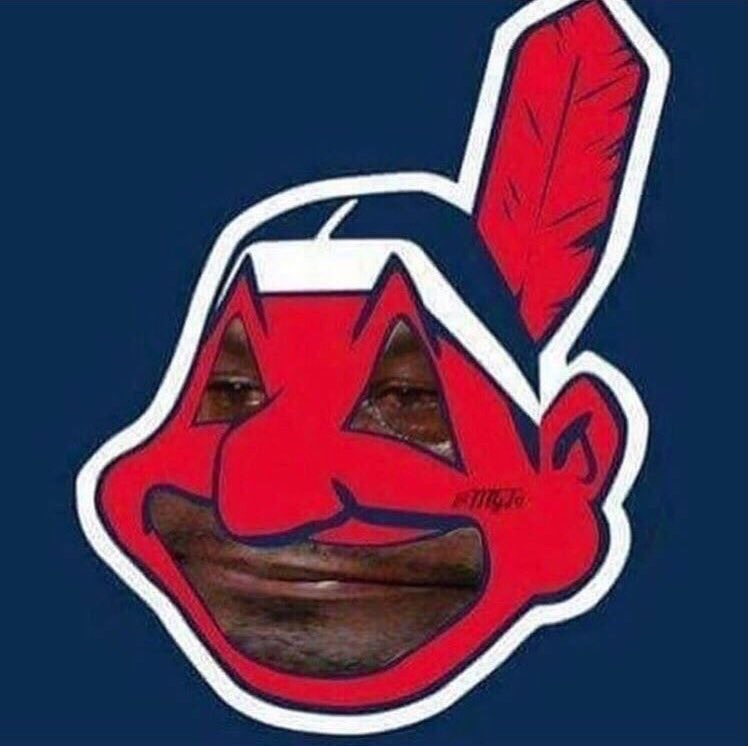 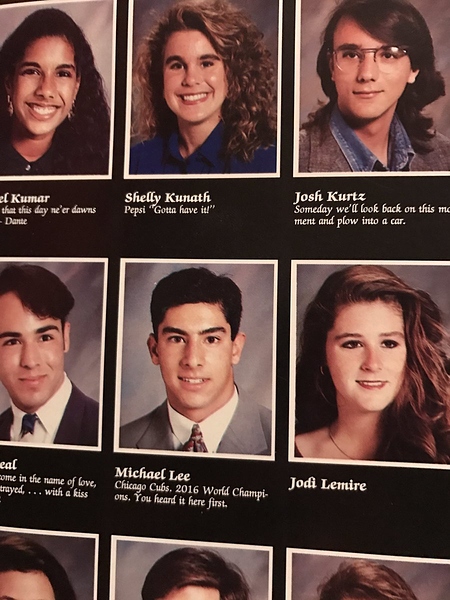 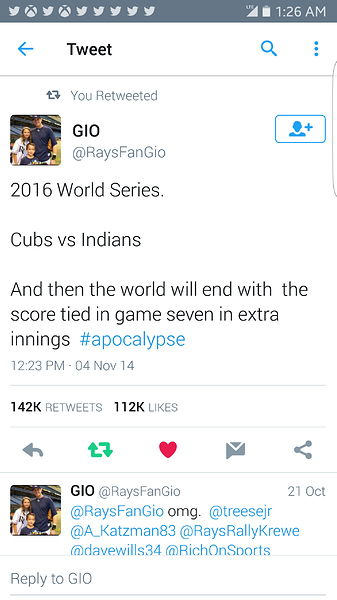