Izetta seems interesting in spite of lots of fanservice.

I don’t know what this is but it’s not a sengoku-era samurai anime. There are elves and shit.

So this has the character designer from Parastye which intially made me think this was made by Madhouse, which also made Death Parade. I was so excited for whoever it was there that really wanted to do a full ice skating anime, but it turns out it’s actually made by MAPPA. Anyway, that’s my story. Also it’s pretty gay and great.

And finally, what’s definitely the best show this season!

This show is giving me life. I am so happy.

PVs from other notable series
*Mobile Suit Gundam Iron-Blooded Orphans 2nd Season PV
*Bungo Stray Dogs Season 2 english trailer
*Haikyuu S3 trailer
*Bubuki Buranki proves you can do good CG.
*At 1:10 of this ViVid Strike PV, a little girl starts boxing out a gang all by herself.
*『What awaits them? Heaven? or Hell?』
*What if you had to live with Mozart, Chopin, and Beethoven? That’s the question this show posits.
*Ajin can get totally embarassed by Bubuki again, that’s fun.

Nothing that’s an entirely new series is worth watching this season. Only watching new seasons of older series, like Gundam Iron-Blooded Orphans S2 and Bungo Stray Dogs S2.

I have catching up to do. Gotta finish Ushio to Tora, Ace Attorney, Berserk, Arslan Senki S2 and 91 Days. Also, I’m watching Dragon Ball Super and Jojo Diamond is Unbreakable.

I feel like I need to rewatch S1, despite remembering all the characters and beats in the story. 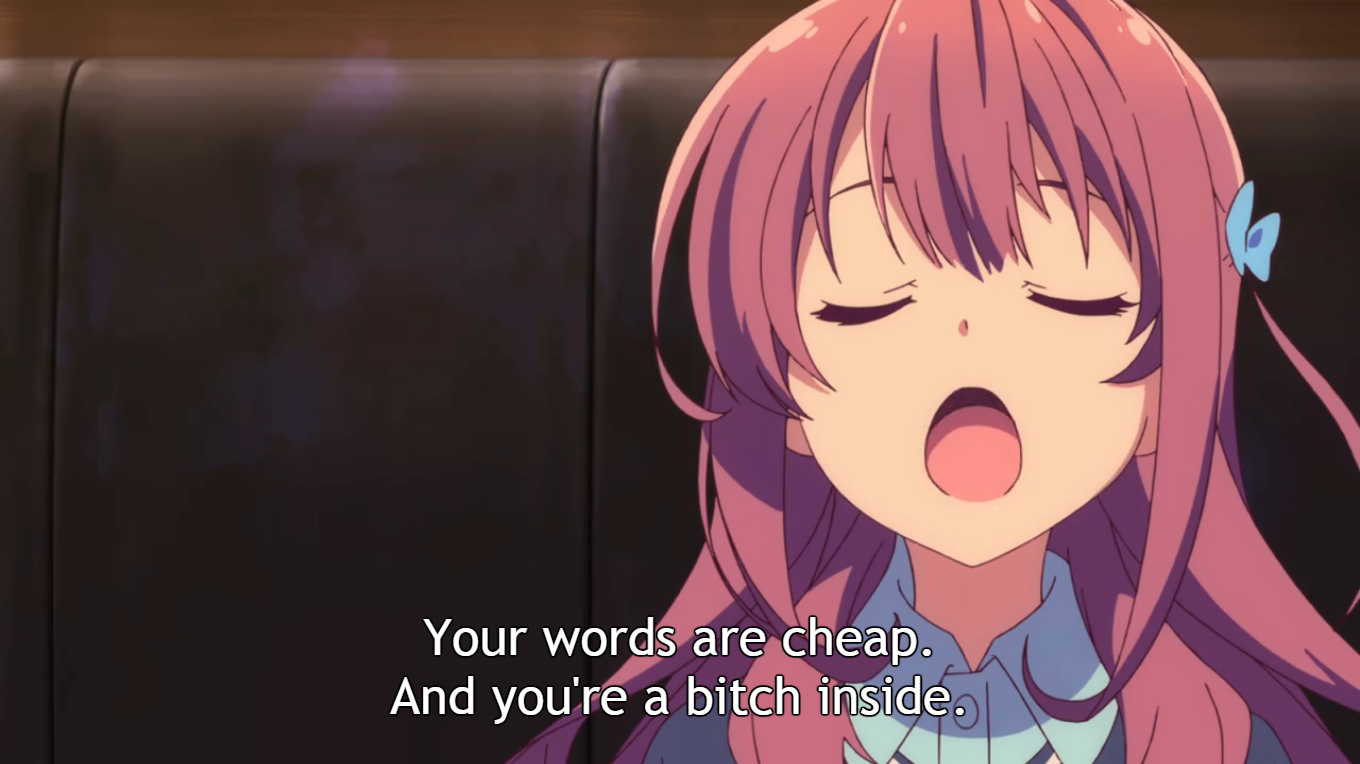 Girlish Number is about how fucked up the anime industry is. 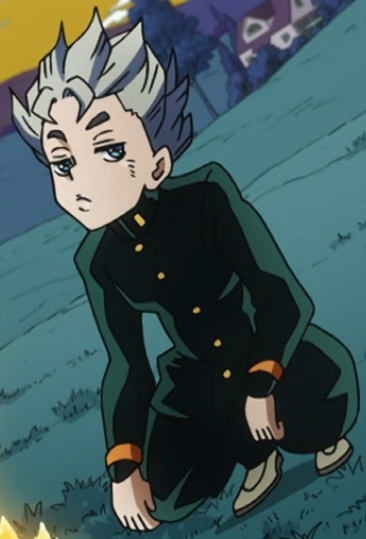 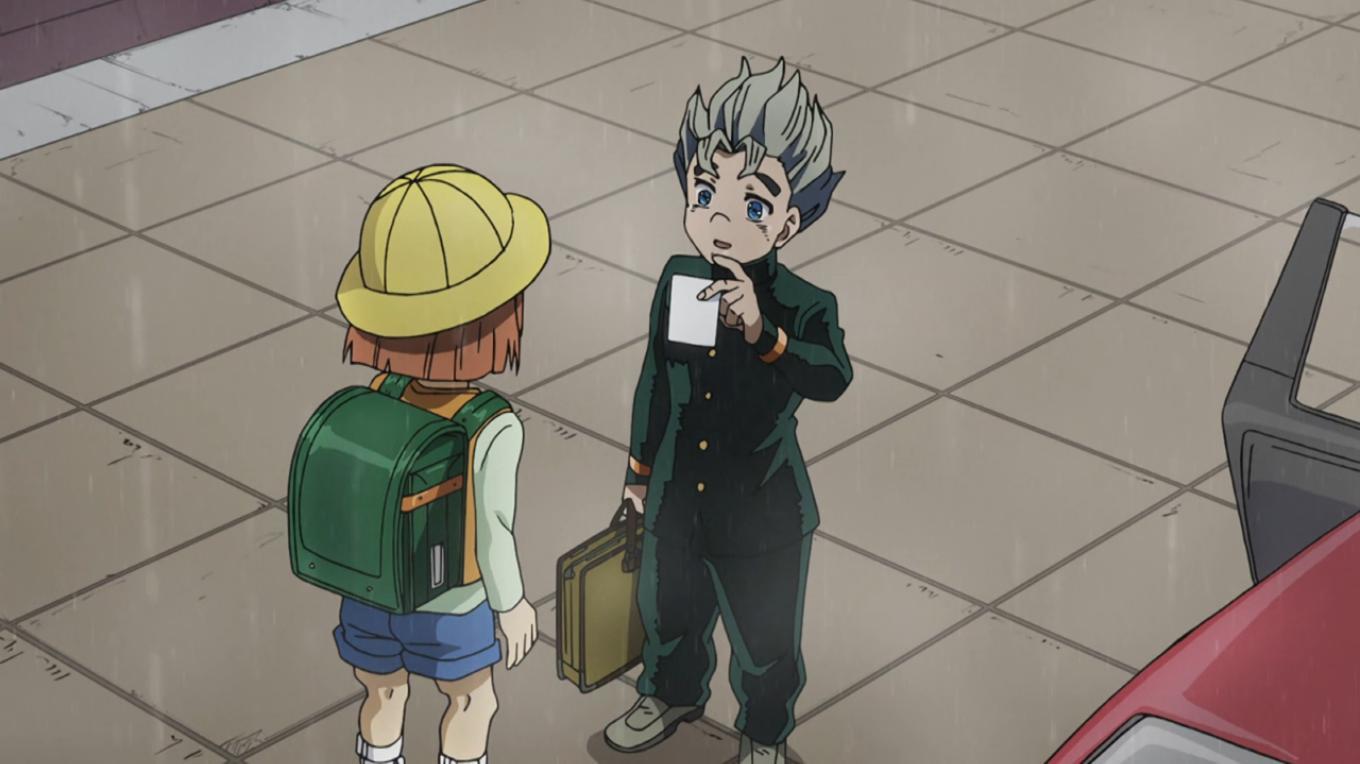 Which one is the child?

Not sure how SAO is gonna work in AR, even after watching this trailer. 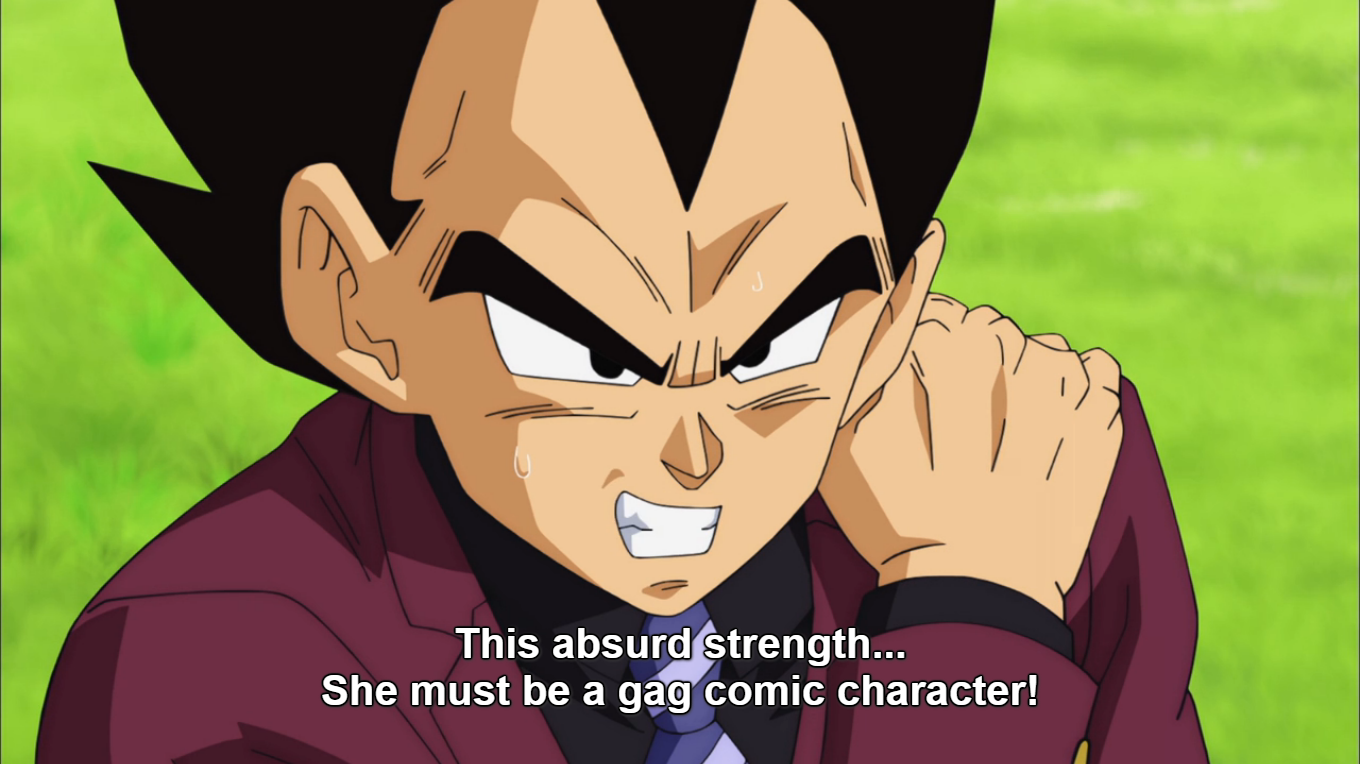 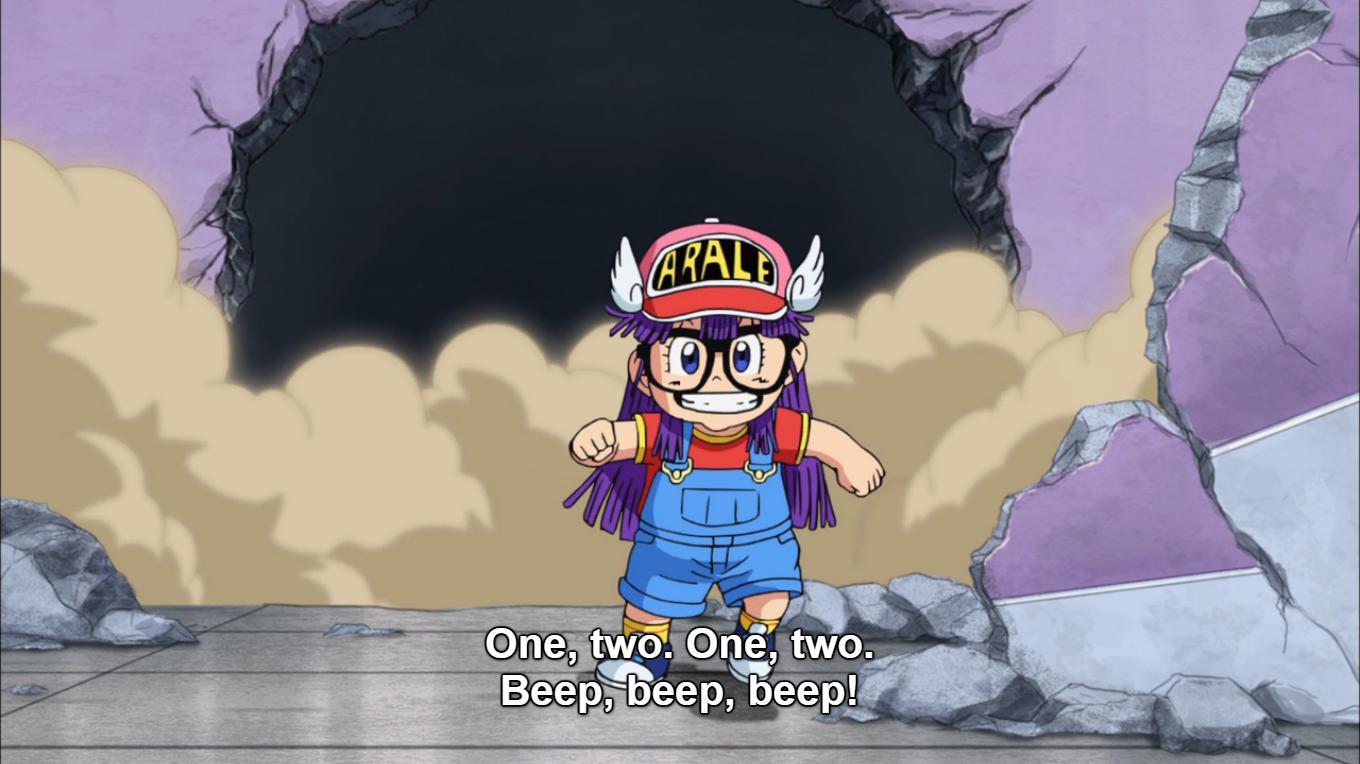 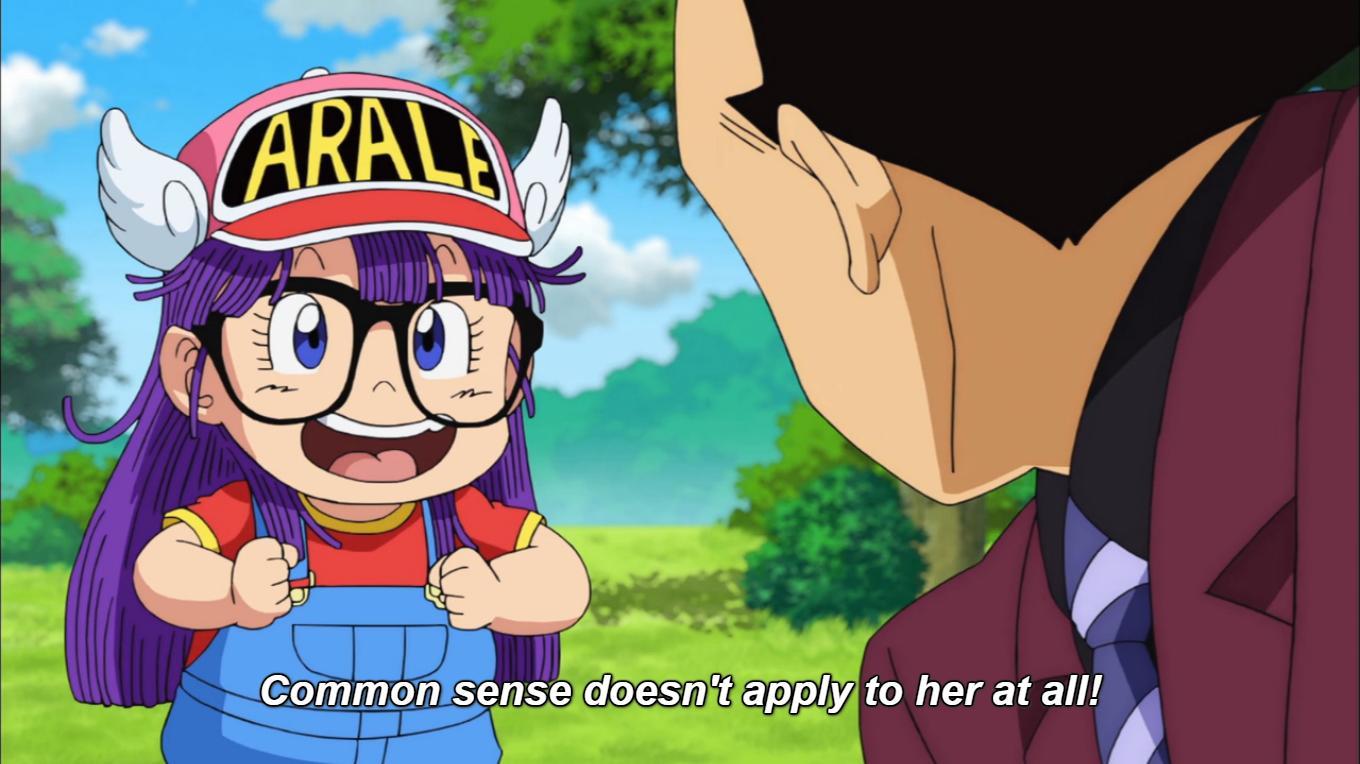 Arale-chan is breaking your first, second, third, and fourth walls.

You follow Super? I didn’t think you watched it.

I saw the image preview and decided to watch it. It’s one thing for DBZ to come back, but for these characters to meet again after a couple decades? It was enough for me to finally watch an episode. I meet even watch the next one since it’s a baseball episode.

I watched that episode last night. I didn’t think I’d care for it, but it kept me entertained from beginning to end. Still, it was weird hearing Vegeta say meta comments. Not because the Dragon Ball series is not known for its comedy, but it has limits as to what type of humor is allowed into the universe. That sort of meta humor would be found in shows like Excel Saga.

I binge watched The Heroic Legend of Arslan Season 2 today. As season 1 was, it was great. The story progression flowed smoothly, and Narsus’ intellect and flawless military strategy were a joy to watch unfold. Some plot twists were thrown in that kept season 2 engaging to watch, such as, King Andragoras escaping his prison cell at Pars castle, and taking Guiscard hostage to make his way out of Lusitanian-controlled Pars. I enjoyed the episodes about Narsus’ old friend, Shagad from Gilad. This anime writes great side-stories that contribute to the main premise of the story.

Also watched episodes 38 and 39 of Ushio and Tora, completing the series. As shounen shows are concerned, it’s one of the better ones. The final battle with Hakumen was exciting, and they did a good job depicting Hakumen as a dreadful being. Tora’s death at the end was sad. Those two went through everything together.

I rewatched most of Erased to remind myself that show is actually pretty good.

Done watching the 2016 Berserk anime series. The hybrid CG animation style was grating at first, but I warmed up to it only because of the source material pulling you into the dark and twisted world of Berserk. Miura truly created a terrifying world to live in. There were many instances where I thought to myself that even Guts appeared to have his back against the wall for some of the demonic entities that he had to fend off. I’ve hardly read much of the manga at all; I believe I’ve only read the first two volumes, so I was surprised to find out that Griffith’s reincarnation and the loli witch girl come into play already in the Black Swordsman arc. Skull Knight is a great character. He’s more of a traditional hero than Guts is. The very end of the last episode informs viewers that the next arc will be airing Spring 2017. I didn’t know that, as I thought it was still unknown what form the continuation will be in. (e.g. movie)

Now I finally know where this scene from NGNL comes from. DAGA KOTOWARU!