No option to turn it off???

I played 30 minutes of the demo and I’m not feeling it. The tutorial combat was fun, but once I’m out in the forest fighting mobs it’s very chaotic. It’s easy to get locked into combat animations and I the camera kept getting stuck in weird angles. Maybe I’ll get used to it with some more experience.

The opening cinematic cutscene was very impressive. Once outside in the large open area it’s not as nice visually.

Embarrassing “trailer”. What the fuck is that bullshit? More than half of the trailer was Noctis’s father holding him. At this stage, they should be showing us content from other parts of the game. The annoying thing is, Tabata said that trailer was going to show their progress so far. I think that they continue to struggle on development.

Here is everything from the latest Active Time Report:

Q: Will there be airships?

Q: Why do the edges of the screen look so dark?

Q: Final Fantasy Versus XIII was supposed to have a sad and deep dramatic story. Can we still hope for something really deep and emotional in Final Fantasy XV?

Q: Who is the mysterious lady with the black hair?

Q: What happened to the playable city demo? Have you forgotten about it?

The malboro looks cool, but everything else going on there is a visual and mechanical mess. Framerate issues and Noctis dying right away. I’m finding the latter to be a common problem that I’ve played in the demo and other footage I’ve seen. Character death during battles is constant and frustrating. They need to ramp down the difficulty.

They better include that airship on the disc. No paywalls. Please don’t go down that rabbit hole for FF15, SQEX. Smh. The FF15 villain topping Kefka has to be a hell of a villain.

Tabata did a new Active Time Report at PAX Prime. Not sure how to feel about it…

I’m really just indifferent at the moment. Not sure why.

Gematsu has received word that Square Enix plans to launch Final Fantasy XV worldwide for PlayStation 4 and Xbox One on Friday, September 30. This information was corroborated by three independent sources who would have knowledge of the matter.

The release date will be officially announced during “Uncovered: Final Fantasy XV,” an event set to take place at the Shrine Auditorium in Los Angeles on March 30 that will also share a collection of other information about the game.

Tabata did an interview with Famitsu about FF15 on a NicoNico livestream.

Final Fantasy XV director Hajime Tabata had a few words to share on the current development of the game during a NicoNico Livestream by Famitsu. Here are some key highlights from the event.

I’m surprised no one posted this by now.

A new demo, which first leaked this morning, will be available today, where you control a younger Noctis as he journeys through a dreamscape. According to Square Enix, the demo is meant to show off the game’s final visuals and combat system. If you finish it, you’ll get an exclusive Carbuncle summon for use in Final Fantasy XV. It’s actually the only way to unlock Carbuncle in the full game.

The official announcement is expected at tonight’s “Uncovered” event, which will be held at the Shrine Auditorium in Los Angeles at 7:00 p.m. PT / 10:00 p.m. ET.

Footage of the new demo:

I love the music playing. <3 Shimomura. It’s cool when Square does things like this. Engaging with the fans, and being open to feedback is how you make better games. They should have done that for FF13 and FF14 1.0. 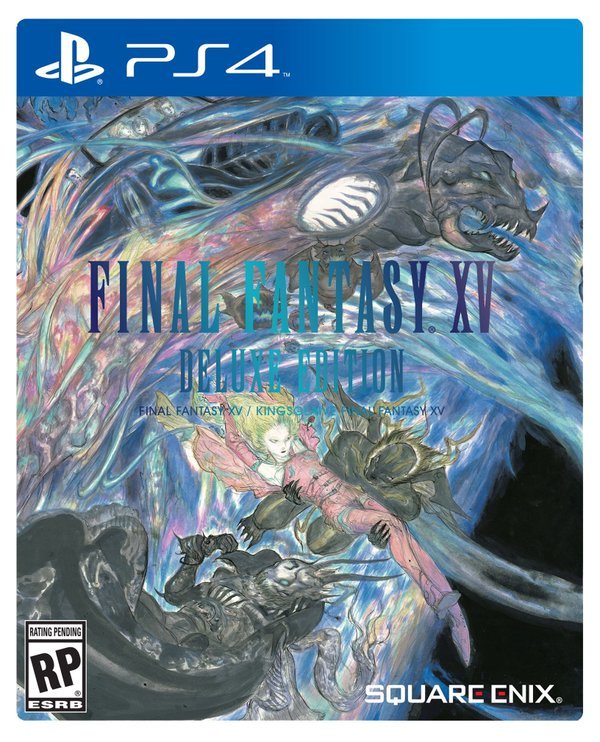 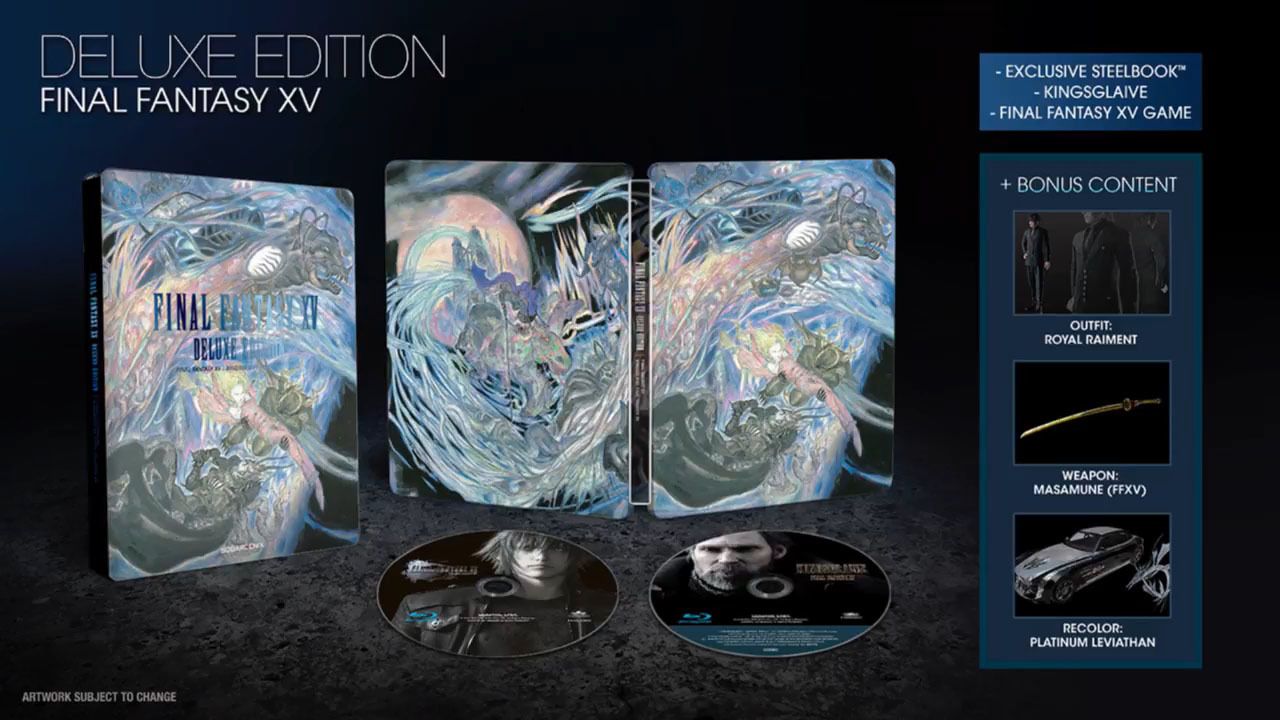 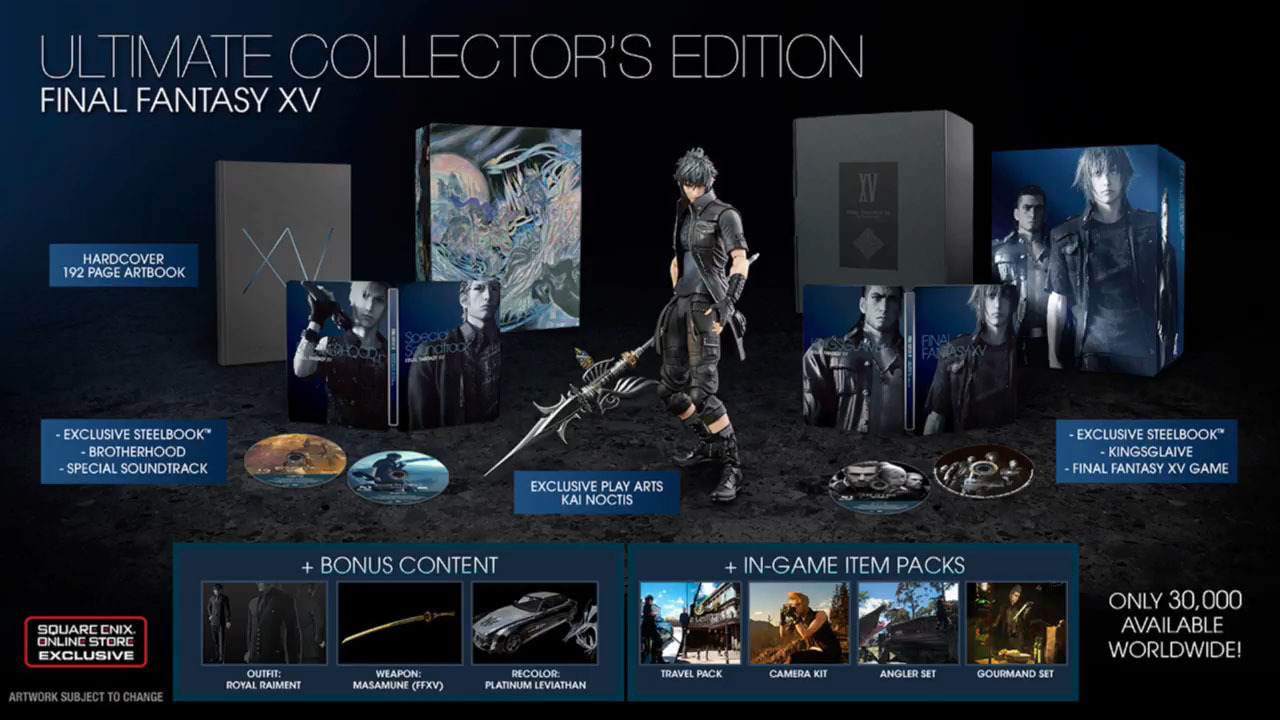 The CE doesn’t come with the iconic Noctis jacket?