Previous Monster Hunters had segmented maps with loading in between each area. Monster Hunter: World has no map loading. While maps are segmented, everything is seamless and transition free. Zones are also gone.There is a great sense of being in a living, breathing world. There is a real-time day-and-night cycle.

Monster Hunter: World has drop-in multiplayer for the first time in the series. You can form a pre-hunt party beforehand, as you would in previous Monster Hunter titles, or you can shoot up an S.O.S. flare during a quest to call in a friend at any time. Online multiplayer with up to four players is supported, and the server is global, allowing you to play with anyone across the world. There is no offline multiplayer, but you can of course play offline on your own. As for whether there will be some sort of town for multiplayer, that is something Capcom will discuss at a later date. Voice chat and gestures are supported.

The series’ 14 weapon types are in, including the Charge Blade and Insect Glaive. Tonfas are not in the game.

There are new suit items called “Mantles.” The one showcased in the trailer, for example, lets you enter a sort-of stealth mode. Conversely, there are also Mantles that let you lure monsters towards you.

There is a new item called the “Slinger,” which lets you hook onto certain parts of the environment to move around. You can also pick up rocks from the ground to put in the Slinger and shoot at the enemy or to create a distraction.

The hunting action that is the core gameplay of the Monster Hunter series is no different in Monster Hunter: World. They are not removing anything, but rather building from the bases established by previous titles. The basic elements of Monster Hunter, such as HP, a stamina gauge, sharpness, and item selection, are all there. You can also use items while walking.

Underwater combat and Prowler Mode are not in the game. When asked about Hunter Arts, Capcom responded, “Brand new title. Brand new gameplay systems in place!”

Monsters have a variety of personalities, which you can use against them. Their A.I. has been enhanced to be more intelligent, and monsters have become more “creature-like.” They don’t have health bars, but damage numbers will appear. Their tails can still be cut.

As for small monsters, you can choose to sneak past them to avoid fighting them, or kill them to collect / loot their bodies.

Monster Hunter: World is not a spin-off. It is a mainline Monster Hunter title developed by the main development team in Japan.
Asked about if there will be a Monster Hunter 5 or new game for Japanese audiences, Capcom said, “This is the next generation of Monster Hunter!”
The game is powered by the MT Framework engine. It is targeting a stable 30 frames per second across all platforms. 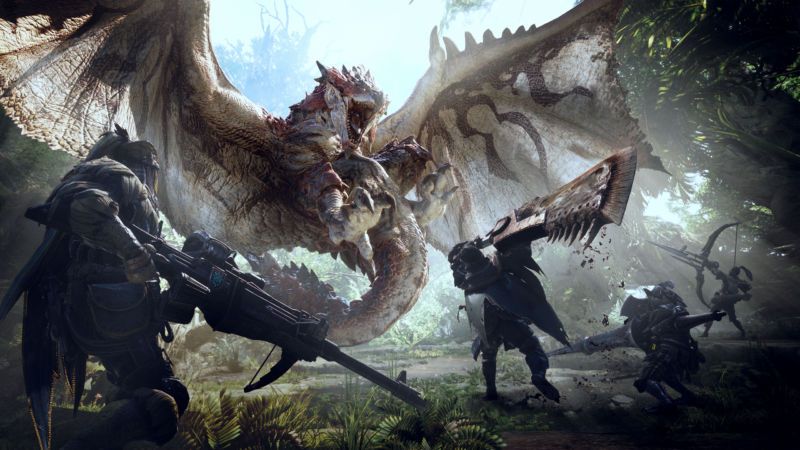 6 things Monster Hunter: World needs to be a success on PC

Capcom's popular series is finally coming to our platform, but will it be a good fit?

The most recent direct feed video did a lot to alleviate some concerns I had about the direction of the game, mostly regarding the tone and style. The initial reveal just looked like a lifeless recreation of Monster Hunter with an Unreal Engine 3 colour filter applied but seeing the palicos was hilariously enough for me to stop worrying. I thought they would have dropped the palico/companion system or turned them into hyper realistic looking cats reminiscent of tiny Khajits.

Tiny khajits would be super cool tho

While I understand some of the concern longtime fans have, I am more excited about this reveal. Monster Hunter games take hundreds of hours (still playing 3 ultimate, own 4 and Generations), they can’t keep rehashing the same mechanics just with new weapons, areas and monsters. MH needed a bigger departure from generations. Sure this can fail miserably, but I prefer them trying. It looks to have some neat ideas and graphics/engine has finally been updated.

I could be into this.

Into this balls deep.

Gotta say the more I see the more this may be my first MH game.

All that was needed was better graphics. I gotta say it really does feel like they finally are delivering a truly next-gen mh game. Their constant re-use of PSP/PS2 graphics was getting tiring. 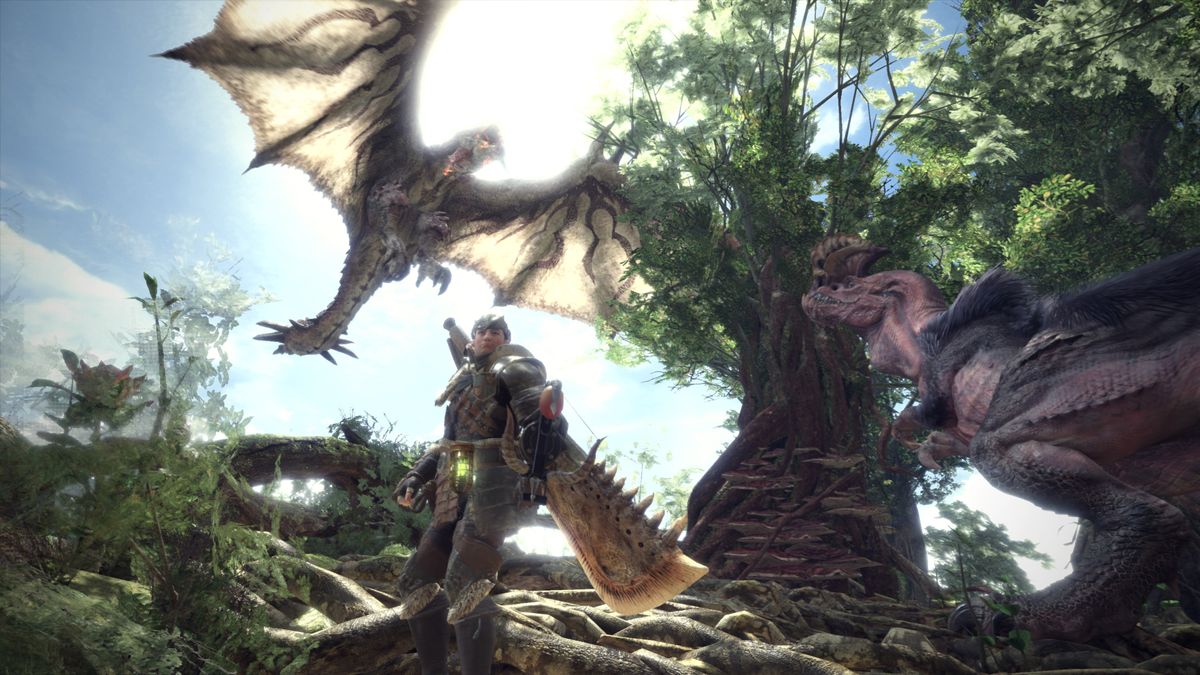 Monster Hunter: World will get free DLC with new quests 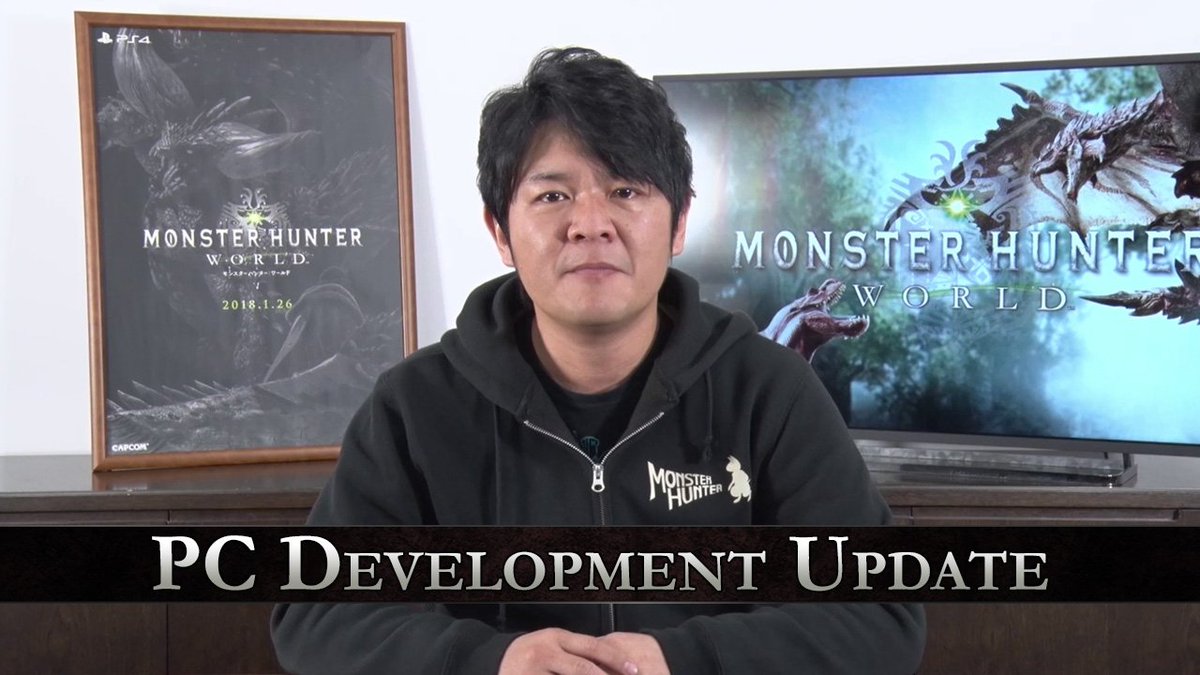 Review Embargo has passed. This is why Monster Hunter needed to go AAA.

Monster Hunter opens up for the most accessible, most detailed and most magnificent entry yet.

Monster Hunter: World Review – Majestic Monsters And Where To Find Them

Hunting down colossal prey has never been better.

Hopefully this elongated beta will iron out the kinks and they’ll add the end game stuff for when it finally releases.