Ni no Kuni II features an “all-new cast of charming characters, an emotional storyline, and innovative gameplay design that will delight and challenge players.”

“With its emotional storytelling, innovative gameplay, and breathtaking aesthetics, the original Ni no Kuni broke new ground in the RPG genre and became one of the most beloved and well-received games of 2013,” said Eric Hartness, Vice President of Marketing at Bandai Namco Entertainment America. “With Ni no Kuni II: Revenant Kingdom, the artistic visionaries behind the first game are back to take their creative vision of a grand adventure to even higher heights that are sure to delight video game fans.”

The game’s staff is as follows: 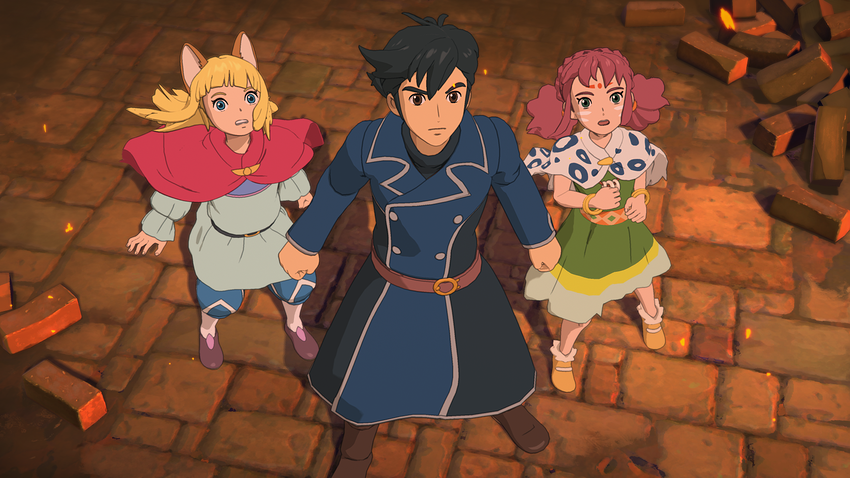 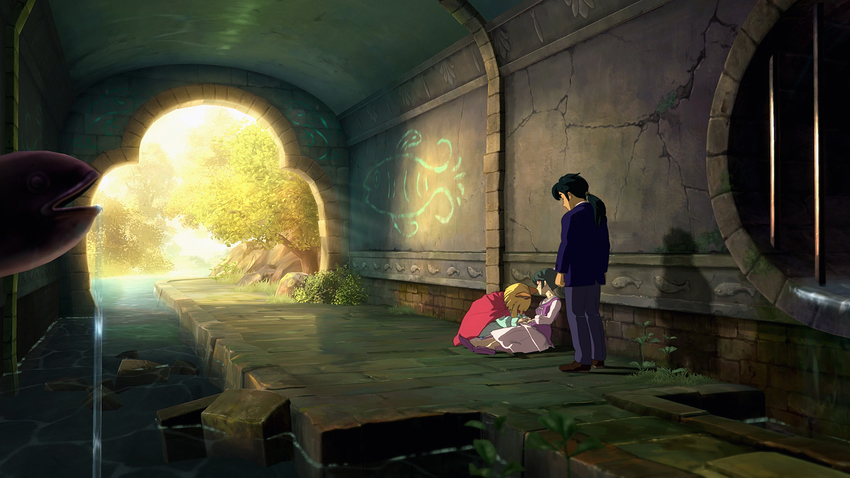 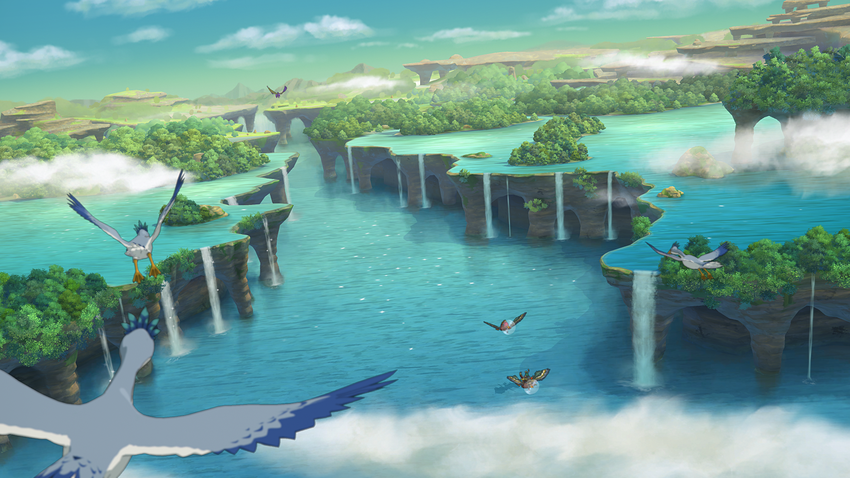 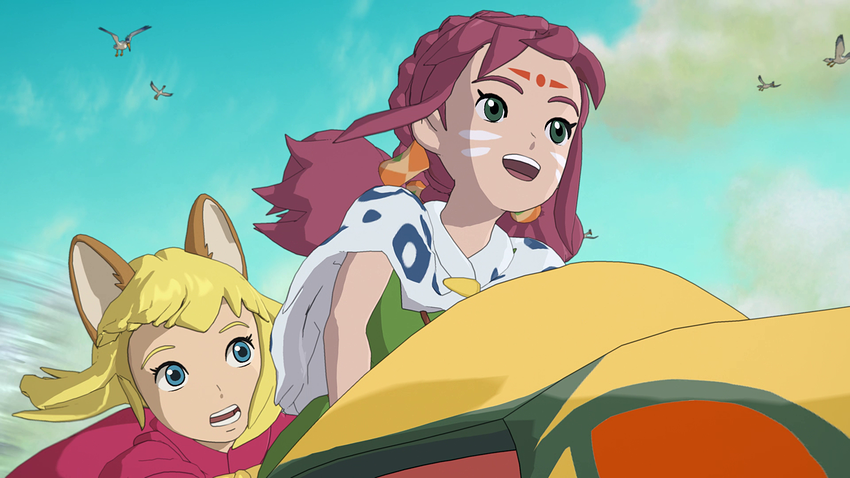 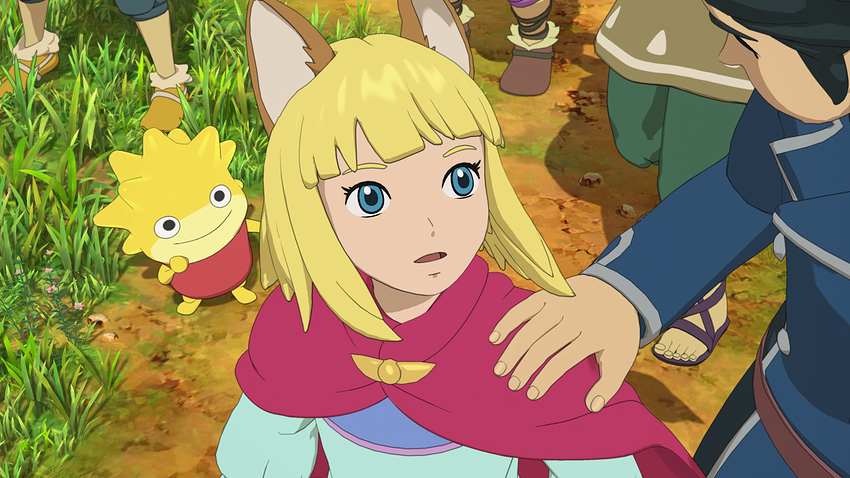 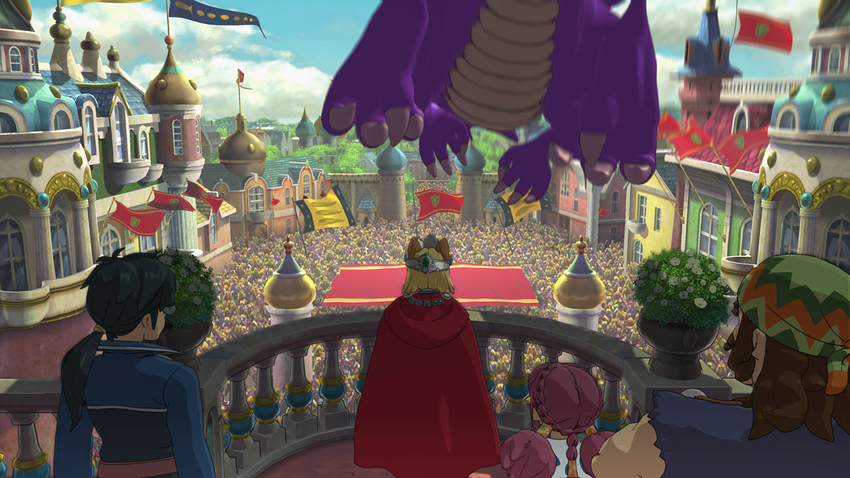 I completed the first game and it was average. They need to completely revamp the combat system to make it work.

Based on my time with the demo, I didn’t feel the combat either. But still went ahead and got it.

This game being announced in this era…is a huge surprise. I don’t know what’s happening with the PS4 all of a sudden. All these RPG’s and Japanese games announced. Sigh…they’re making it hard for me to ignore it.

The graphics look amazing in this trailer…the style could work so well on the PS4…I’m really curious to see some proper gameplay.

Ni No Kuni 2: Revenant Kingdom will be released for PC along with PlayStation 4 when it launches later this year. Publisher Namco Bandai has yet to say exactly when it’ll arrive, but our USGamer friends report the game will get a simultaneous worldwide release (the original took over a year to reach these shores).

Cool. A problem with Jrpgs (for me), is that with the length of most of them, the mechanics not only need to be interesting, but need to remain interesting over what’s often a 40+ hour playtime. I like the genre when it’s good, but it’s not often all that good.

For some odd reason I though Ni no Kuni games were Playstation exclusives.

This is great news for PC gamers. It seems that PC gamers can be considered the winners this gen. 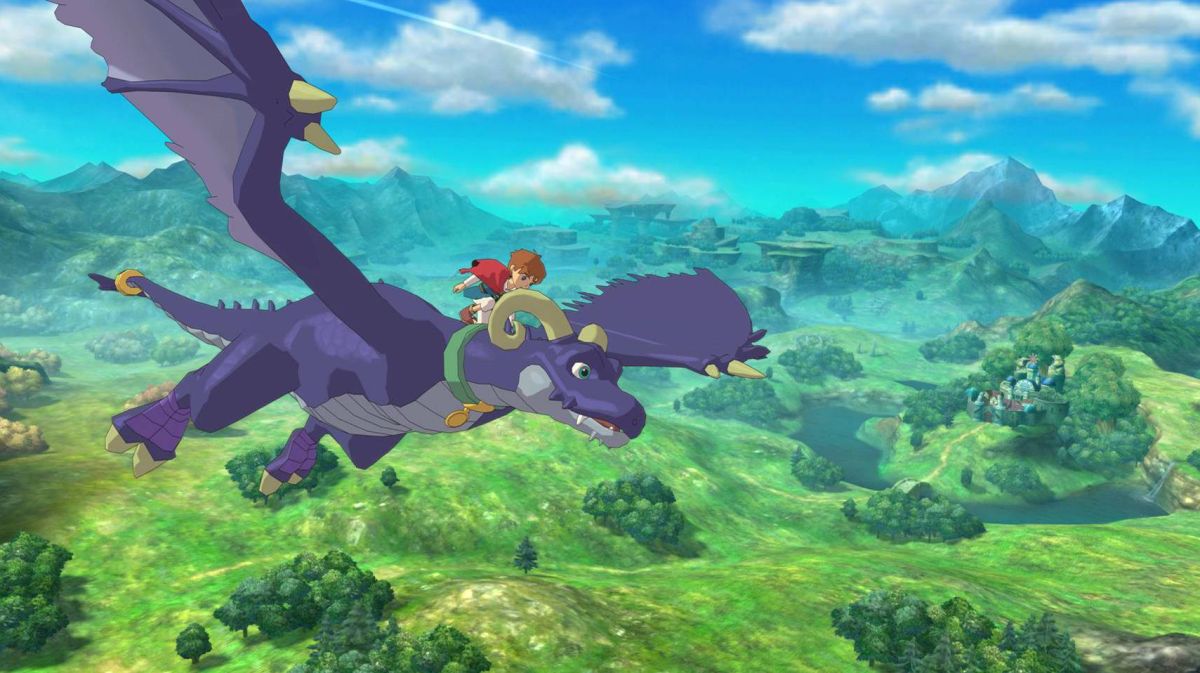 Ni No Kuni 2 dev teases the original game on PC

The graphics look great. The environments are way more lively compared to Ni no Kuni I, chibi world map view is cute. You also seem to have more control over the camera.

Btw, I’m not paying too much attention to the battle system but it seems you don’t have monsters in your party anymore? You control 2 party members.

Btw, I’m not paying too much attention to the battle system but it seems you don’t have monsters in your party anymore? You control 2 party members.

So it seems. There don’t appear to be any familiars in the other gameplay videos either.

Going hands-on with the game shows some promising changes to the battle system.

Being dropped into a Studio Ghibli-inspired world is breathtaking, providing a childlike wonder to every discovery. This was no doubt the highlight of Ni no Kuni: Wrath of the White Witch. The sequel tries to recapture that magic, but also shore up on some of the first game’s weak points. At a Pre-TGS event, I went hands-on and saw a presentation for Ni no Kuni II: Revenant Kingdom, and it’s looking promising.

Ni no Kuni II: Revenant Kingdom may not have Studio Ghibli directly involved, but Level-5 and Bandai Namco were sure to include its top talent from its predecessor for the sequel. This includes longtime Studio Ghibli fan and director Akihiro Hino, who wrote the story; character designer Yoshiyuki Momose, who worked as an animator on Spirited Away and Porco Rosso; and lastly composer Joe Hisaishi, who worked on film scores for everything from Princess Mononoke to Kiki’s Delivery Service. All three were core to the original game, complementing one another to deliver Oliver’s story.

Ni no Kuni II once again centers on a coming-of-age story. This time around, however, the focus is on a young king named Evan. After being exiled from his kingdom, Evan must demonstrate his worth so he can reclaim the throne. Along his journey, he meets various other characters who help him on his path to becoming a truly just king. Evan’s goal is to unite various kingdoms in harmony, and to do this, he needs to assist various denizens with unique challenges. At the presentation, we saw another kingdom, called Hydropolis, where Evan must confront an evil queen who rules with an iron fist. Every kingdom has its own kingmaker, and they may be difficult foes for Evan. In the case of Hydropolis, the creature Brineskimmer swims through the ocean and uses water attacks.

Instead of a turn-based battle system akin to the original, Ni no Kuni II uses real-time combat, giving you access to both melee and long ranged attacks. You also have special abilities on cooldowns that pack a punch. The most interesting addition to combat is the Higgledies; these little creatures replace familiars and come in groups, somewhat reminiscent of Pikmin. On the battlefield, you can issue them commands, and they can do everything from attack to provide buffs for you. In certain situations, they may even provide hints for how to take down enemies. Battles are chaotic, forcing you to pay attention to enemy patterns and strike at opportune times. In addition, you want to make the best use of your Higgledies. I loved the fast-paced action, where I had to dodge, block, and use my special attacks to thwart a boss’ assault. Bosses pull out all stops, such as throwing rocks, using charged attacks, and even trying to belly splash you.

Another fun new addition is kingdom mode. You aren’t capturing familiars this time around, but you are recruiting citizens to join your cause and expand your kingdom called Evermore. Expanding your kingdom not only shows up visually but also gives you crafting opportunities, from researching new magic to building item shops. You recruit new members by proving yourself to the citizens of other kingdoms during your journey.

Skirmishes is another new mode, but it’s tied very closely to kingdom mode. As you recruit citizens, you can add them to your infantry for big battles.The types of citizens you recruit also determine your abilities in battle, such as whether you have archers or warriors. In this mode, Evan can control up to four units. Your soldiers attack automatically when you get near an enemy, but you can use the shoulder buttons for positioning to get the upper hand. While this may seem simple, there’s more depth to it than meets the eye. You can use your guts gauge to improve attacking with an all-out assault, or choose quick march to get out of a sticky situation. In addition, the units’ weapons have a rock-paper-scissors set of strengths and weaknesses, akin to Fire Emblem. Each unit also has its own special tactic, which is on a cooldown. In my demo, one had the ability to call in an airstrike, while my other group could heal allies in peril. Another cool feature is shock tactics, which make you invincible for a short time to deal an onslaught of attacks.

Outside of recruiting familiars and experimenting with their abilities, I didn’t find the first Ni no Kuni’s battle system that engaging. Ni no Kuni II seems to be on the right track, with more variety, smoother controls, and better A.I. Most importantly, battles are just more fun and engaging. Building up your kingdom and then playing in more tactical battles like skirmish mode are also a nice touches. Hopefully, this helps break up any potential tedium. I’m more optimistic after my hands-on time, making me excited to see how Ni No Kuni II: Revenant Kingdom shapes when it launches on January 19 for PS4 and PC.