The Russian ambassador to Ankara, Andrei Karlov, has been shot and seriously injured while visiting a photo gallery in the Turkish capital.

Several other people were reportedly also injured in the attack, a day after protests in Turkey over Russia’s military intervention in Syria.

Mr Karlov was taken to hospital to be treated for his injuries.

According to Russian TV, the ambassador had been attending an exhibition called “Russia as seen by Turks”. 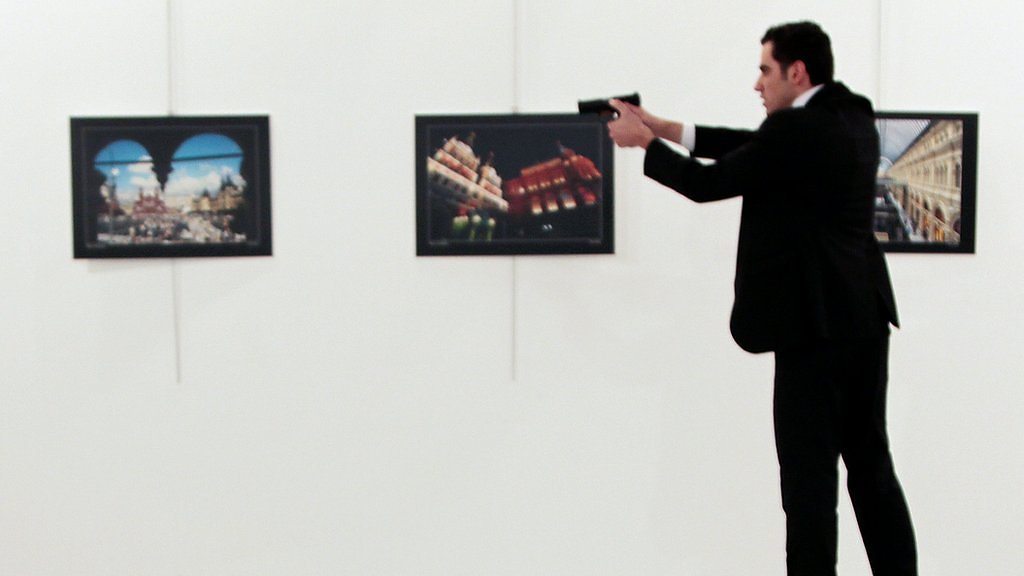 Of all the places to get shot at as a Russian diplomat, it had to be Turkey. Here’s hoping nothing escalates from this. 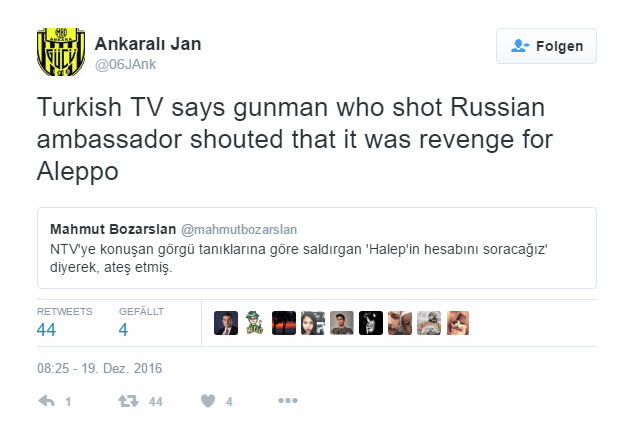 CNN Turk reported that the attacker is one of the guards of the ambassador.

Photos of the gunman: 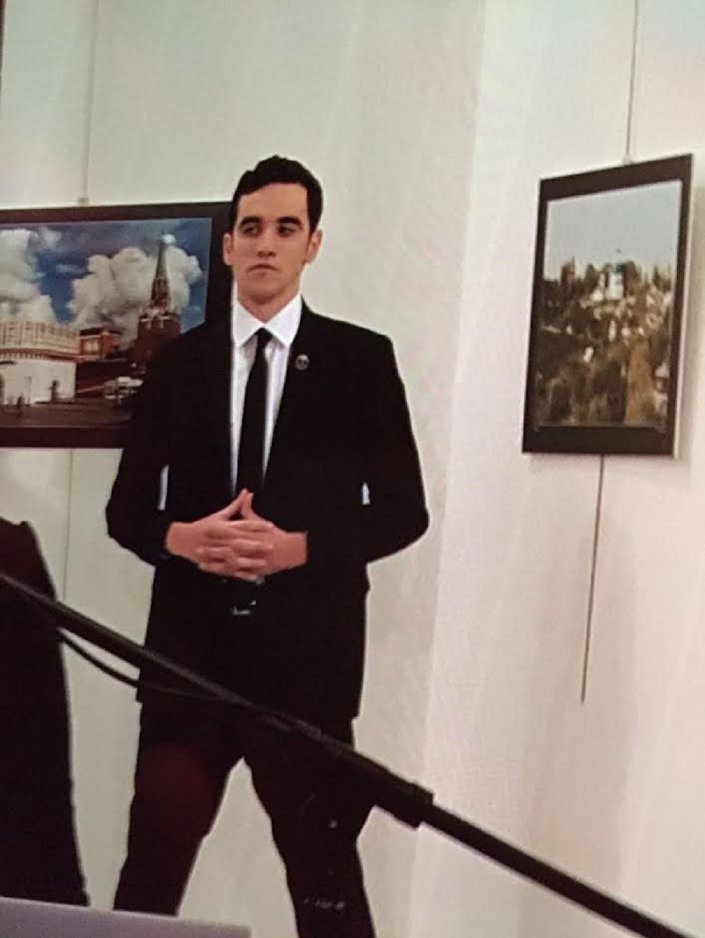 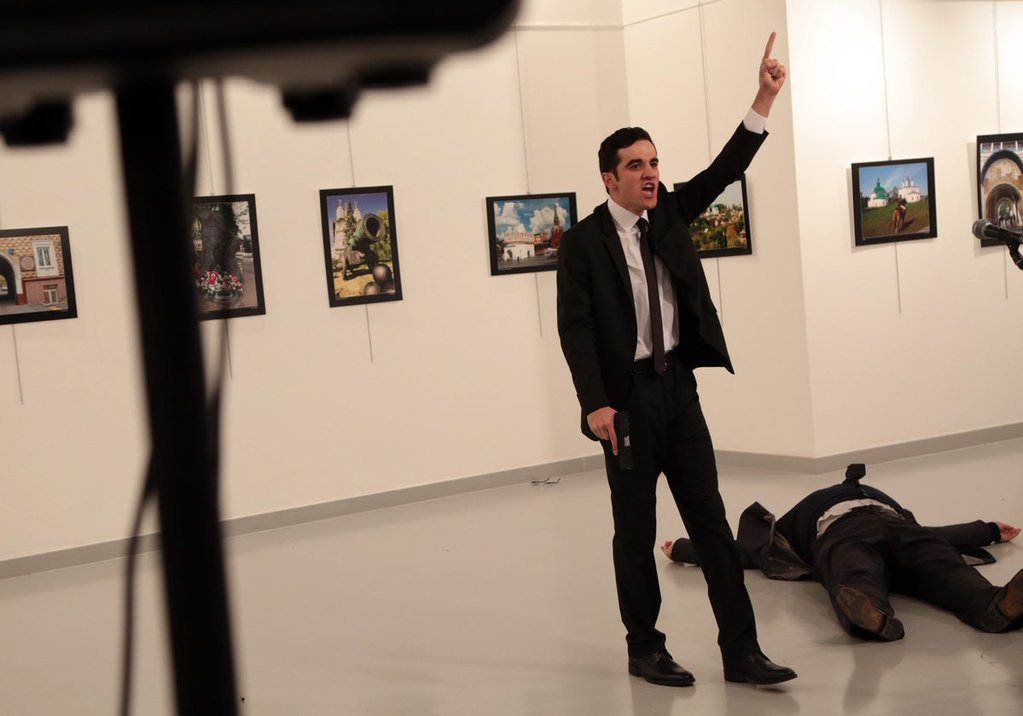 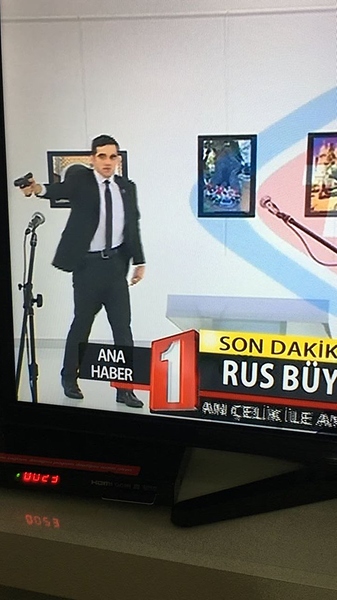 Hmmmm, why am I not surprised?

Video of the shooting: http://nos.nl/video/2149213-russische-ambassadeur-neergeschoten.html (there’s nothing graphic)

The shooter was yelling “allahuakbar” and other Arabic words, then he was saying in Turkish: “Don’t forget Aleppo, don’t forget Syria. You won’t taste safety while Aleppo isn’t safe. Only death could depart me from here. Every person who has a part in that cruelty will atone for that one by one.”

Also, it was reported the ambassador has died.

Russia is already committed to the war effort in Syria. I don’t believe this will change anything there.

The relations between Turkey and Russia, however, will continue to deteriorate. Tourism has already taken a nose dive. 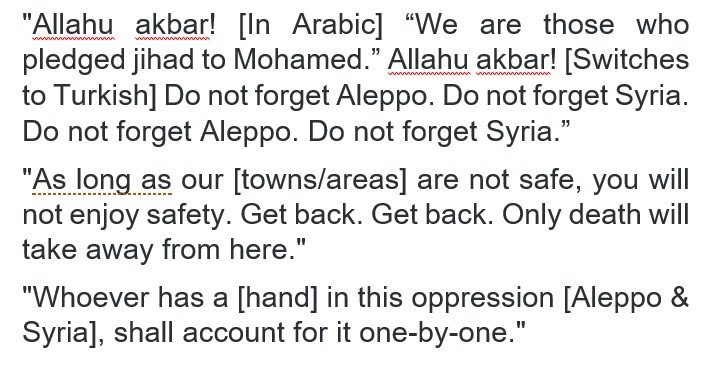 These are supposed to be the assassin’s words. I didn’t listen to it myself.

I didn’t expect real assassinations to be carried out in high def… it’s so surreal. That happens in Ghost in the Shell, not reality.

Agreed. It’s like watching a movie unfolding on set. Think about the last time a politician has been assassinated while giving a speech. I can’t think of a single instance.