Thanks for the warning. I’m not fond of violence when it’s exaggerated to such a degree (and further). Guess I’ll avoid it.

As for cyberpunk police procedural, I love that!

Psycho Pass 2 was absolutely, positively boring. It was shit. Stay away at all costs. It will make you hate anime.

I wouldn’t go that far. 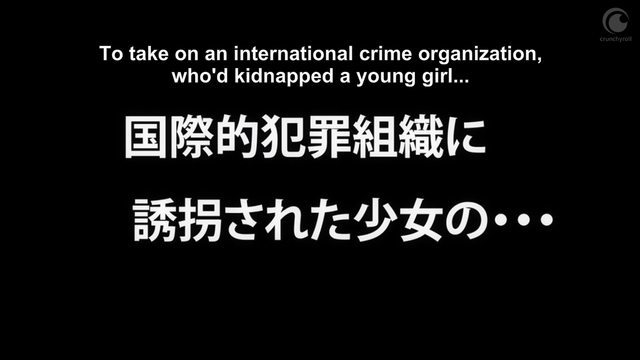 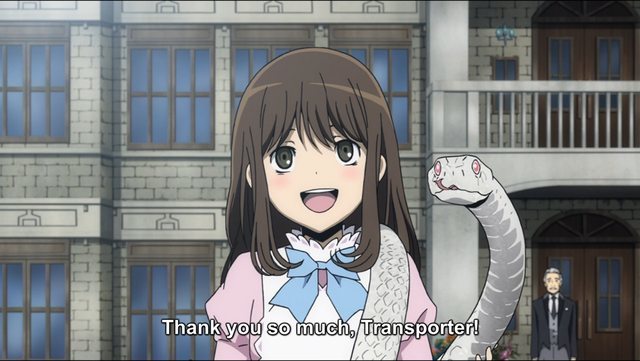 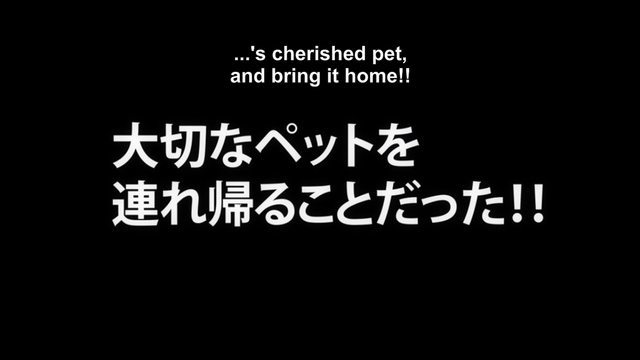 I miss this show so much

You miss underwears and ass-shots in anime?

Yozakura is special in that regard, it’s a comfy lewdness, not a pervy lewdness.

I read this out of context before watching the next episode of Prisma Illya and I honestly preferred it that way. I think I have a theory on what Miyu is: It started once I realized she had similar eyes to Shirou but in this episode she mentions having an ill father(Kiritsugu?) and a brother(Shirou). I don’t know what exactly it means but this does appear to take place in an alternate timeline. Maybe something weird happened.

Aw yus. One Punch Man is getting an anime.

It’s nice that they expanded on what Emperor Pilaf and his servants did before they arrived at Bulma’s birthday bash. At least they aren’t merely reusing content from the movie and giving us something new. I hope they do the same for the Revival of F mini-arc.

The fight between Nic and Doug came to a stalemate only because Ginger saved Doug from his likely death by Nic’s hands, then the scary as fuck Gina appeared and shot Nic several times with what I can only guess was some sort of tranquilizer gun. Nic was on a major high from a drug which puts you in a trance.

Enjoyable episode about an exorcist who wanted revenge against a demonic spirit who ate his wife and child.

The Heroic Legend of Arslan 17

Daryun is such a boss. He fucked up that ogre-looking dude up good. 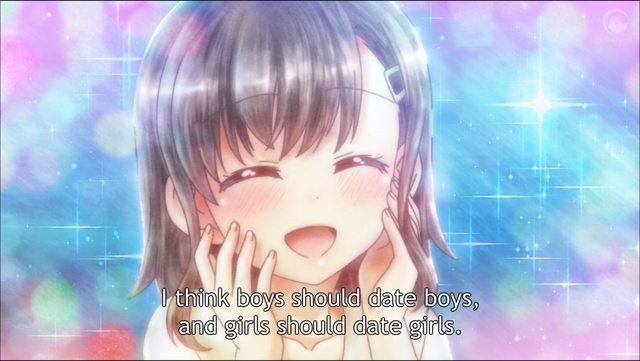 Prisma Illya might be my favorite show this season.

That looks more like Gizmo from Gremlins than a cat. 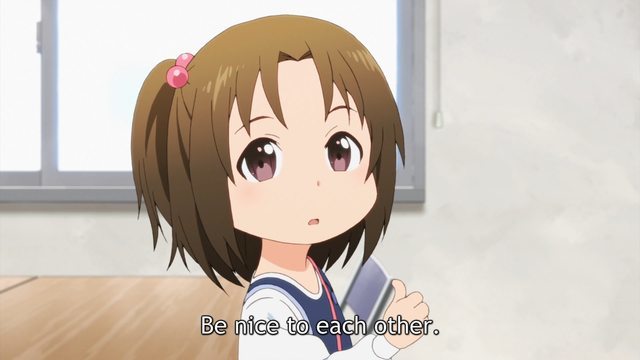 I decided to watch the 1st ep of Working!!! anyway. I guess it was worth it for this chill ass kid, got to see Inami’s hairpin for that ep too. 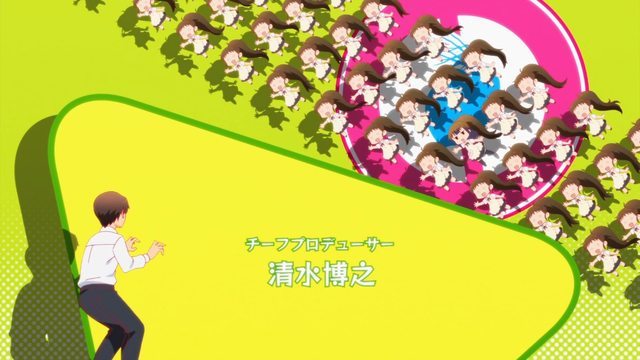 ONE OF THESE POPURAS IS NOT LIKE THE OTHERS!

I’ve not been enjoying it as much as the earlier seasons but this one sure does have a ridiculously high budget.

The ED is pretty good too!

The budget increase from ! to !! was also pretty noticeable.

It is kinda funny to see Working and DRRR running concurrently again. They share a few VAs and the characters they play are weirdly similar for some reason.

Jesus, Toei cut corners on the animation in this episode BIG TIME. Well whatever, I give the Battle of Gods arc two or three more episodes until we move on to Revival of F.

The flashbacks and music continue to impress me. They hit the correct atmosphere. I feel bad for Nic. He’s had it very rough.

There’s more than meets the eye to Ushio’s past. His mother appeared to be a bad person, and even Ushio isn’t aware of it.

The Heroic Legend of Arslan 18

Damn it Rajendra! Just when I was starting to warm up to you. You had to show your true colors, and attempt to kill Arslan. The master tactician Narsus saw right through it, though. Sit down.

I felt bad when they turned away the civilians from out of the wall. That sad look the kid gave Lenka as the gates closed. (╥_╥)

They added God Eater to Crunchyroll, so I watched the first episode. I think I finally understand what’s going on with the art style. It looks like all the monsters are CG and tried to make it not look out of place. I feel like they succeeded. On a side note, glad to see Chiaki Omigawa in this. I want to see her in more stuff. 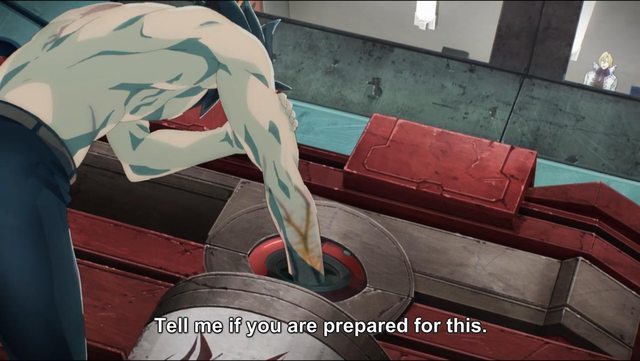 Fantastic time to ask that question.

Edit: Forgot to add one thing, I liked how they’re, at the same time, very realistic about handling this conflict but that they also don’t admonish the main character for being human. I feel like I’ve seen so many stories of this type where they just shit on the person who wants to help people. The takeaway from one scene where he “dies” during training wasn’t don’t save people but if you’re going to do so, don’t get yourself killed in the process.