hold a determination to fist

Should I watch Chaos Dragon? Looks kinda dumb and the animation looks bad.

They blow up half a mountain and then literally punch through it. 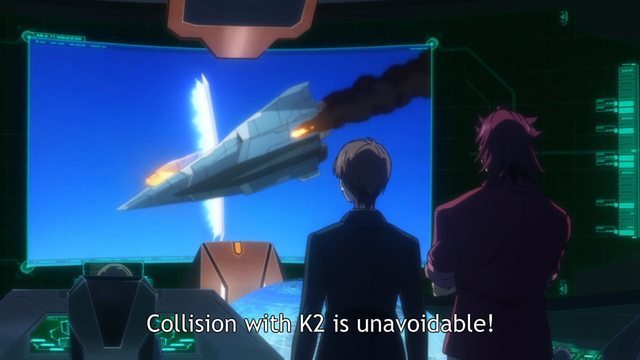 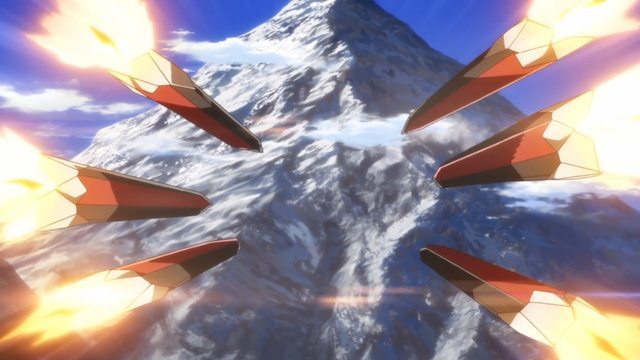 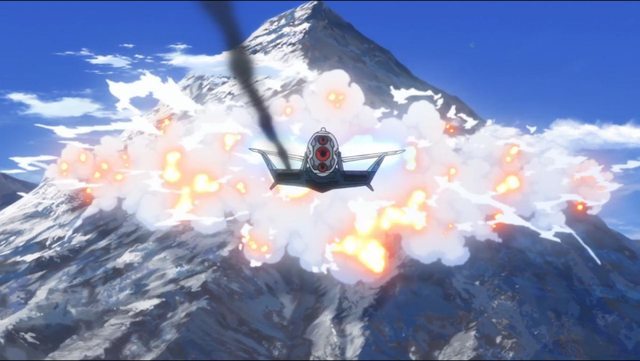 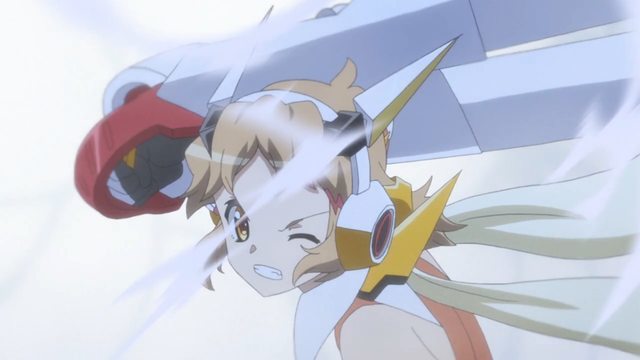 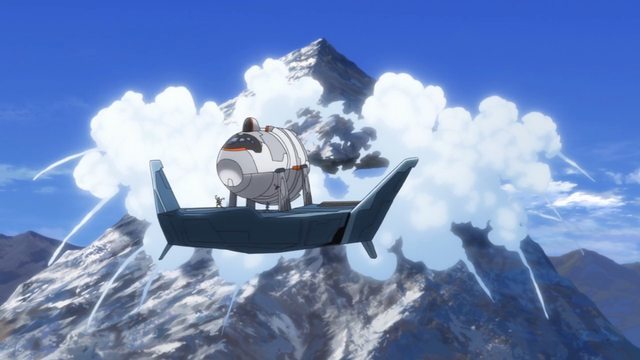 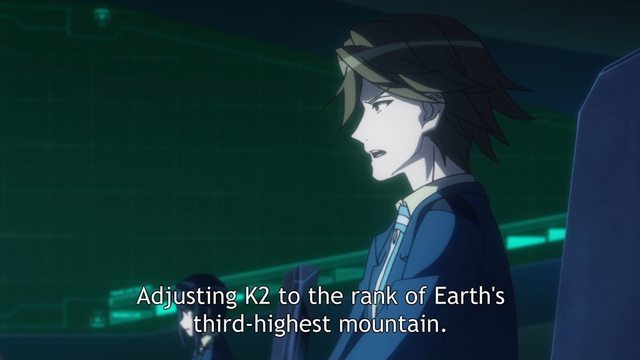 “Hold on, I’m editing the wikipedia article. What do you mean ‘citation needed?’”

I was surprised at what OverLord turned out to be. It’s a guy stuck in an MMO, but (so far) it seems like he’s the only one stuck in a game, and his servant NPCs are self-aware. Interesting spin on the MMO anime genre. The interesting part is that the premise appears to be the main character ruling over his castle or whatever.

I will keep watching.

Oh no, you misunderstand. I wrote that post for me. There’s no way you’d be able to appreciate it. I wasn’t trying to sell it in the first place. 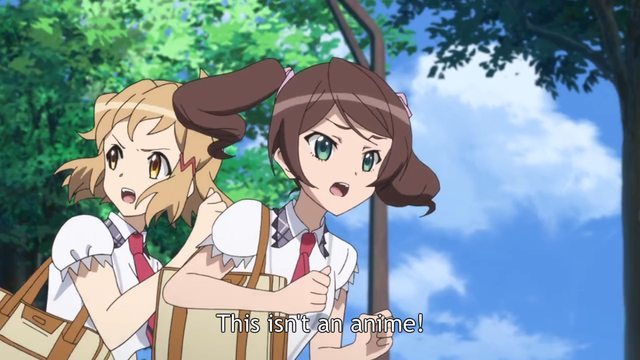 I know I’m the only person in the world who cares about this show and I’m alright with that. That just means it was made specifically for me.

Episode 1 and 2 were fun. Unlike DBZ, Super starts the series off in a lighthearted tone, with Goku and Vegeta’s families going about their days in peace. I miss this side of Dragon Ball. It’s just unfortunate that Gohan is going to be made to look like a weakling because of being a scholar. Maybe they can give him a power boost like they did with him when he was on Namek as a kid. Anything is possible in the world of Dragon Ball.

In episode 1, Goku is working as a radish farmer, and he gets out of having to earn money for his family because Mr. Satan gave the large sum of money he received as a reward for defeating Majin Buu to Goku. He didn’t actually kill Majin Buu. Goku, being the same bad father that he is, leaves Chi Chi and Goten to go train with King Kai.

Episode 2 was also funny. It showed Vegeta, Bulma, and Trunks going on a vacation. Vegeta’s patience was being tested because of people around him who annoyed him. While that is going on, Beerus wakes up from his long slumber, and so begins the Battle of Gods mini-arc. Gotta say, I love the social dynamic between Beerus and Whis. Their interactions with each other are amusing. I find it interesting that Whis is stronger than Beerus, and that he trained him. Whis can harness the power of time and time travel to the past, so yeah, I believe it.

The story Battle of Gods continues in episode 3, but they show some different scenes compared to the movie. Hopefully they can wrap it up in a couple more episodes, then the Resurrection of F mini-arc comes next, with Frieza’s resurrection. I would’ve liked to watch the movie first. Maybe if the airing of that episode is timed right, it’ll coincide with the release of the Resurrection of F Blu-ray and I can watch it before Frieza appears in Super.

Worick is a jack of all trades. He’s a gigolo on the side. Man’s gotta eat. Not sure what to make of the doctor. He acts weird. I don’t know what the significance of the handkerchief is that the doctor gave to Alex. She wants to return it to him before she leaves Worick and Nick, though. The fight between two high level dog tags, Nick and a kid with dreads, was cool. Throughout episode 4, they showed flashbacks of Worick’s upbringing, and how he met Nick. Worick had a tough childhood. They also introduce a special ability he has where he can read a large amount of text and memorize it all instantaneously. I hope they’ll elaborate on that in the future.

Some of the monsters are fucked up. Ushio and Tora’s annoyance with each other continues to deliver. Tora is always attempting to eat Ushio, and Ushio beats his ass in return because of his mighty spear.

This is reminding me of Attack on Titan or Seraph of the End because of the huge monsters and a special team of soldiers who are able to kill them. The animation has a hybrid hand-drawn and CG style. Sometimes it’s off-putting, but it’s mostly nice. A second New-Type was introduced in episode 3. Her name is Alisa and she’s from Russia. I was thinking that the high heels she wears put her at a major disadvantage when she’s fighting on top of an airplane in the sky. A tripping hazard might be a possibility, but what do I know. Anime, am I right? At the end of the episode, an enormous fucking aragami is seen from afar. Ominous.

They defeated Rajendra’s army and Arslan didn’t want him killed. Both Arslan and Rajendra’s armies have become allies, and have decided to attack Gadevi army, so Rajendra can claim the throne of Sindhura. When the battle started, it was entertaining. I liked how Arslan’s group was able to defeat the war elephants. Clever strategy. Next episode will be good. The Sindhuran king has awoken from his illness and has decided that a duel between Rajendra and Gadevi will happen to decide the next king of Sindhura, but Rajendra requested Daryun to be his proxy duelist. Good choice. Daryun and Gadevi briefly fought during the final moments of the battle the Parsian and Sindhuran armies, and Daryun clearly outmatched Gadevi. He is fucked.

I found this episode boring. I’m going to drop it. It hasn’t kept my interest. I don’t think it’s going in a direction that I thought it would have gone in. Seems to favor comedy over action.

A buddy introduced me to another anime. This time it’s Seraph of the End. I only saw the first episode.

The beginning is intriguing, I was interested in learning more about the world and how vampires co-exist with humans. But it got dramatic quickly, too dramatic if you ask me. It was expected that something would happen, given hope at the start and then crushed right away to make the main character more determined.

Still…I’m going to watch more of this before writing it off. My friend wants to watch season 2 when it airs around november (?), I promised to watch the rest with him and season 2.

Dammit i still need to watch the animes…

A buddy introduced me to another anime. This time it’s Seraph of the End. I only saw the first episode.

The beginning is intriguing, I was interested in learning more about the world and how vampires co-exist with humans. But it got dramatic quickly, too dramatic if you ask me. It was expected that something would happen, given hope at the start and then crushed right away to make the main character more determined.

Still…I’m going to watch more of this before writing it off. My friend wants to watch season 2 when it airs around november (?), I promised to watch the rest with him and season 2.

I’m caught up with it. It’s pretty cool. It has some awesome fights. About halfway in the series is when a difficult predicament is revealed for two main characters.

Ilya got more in the first episode than Shirou did in all of UBW. 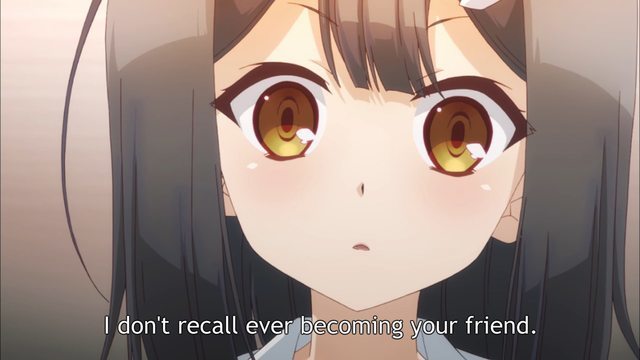 And it looks like Ilya goes Ultimate Madoka on us. 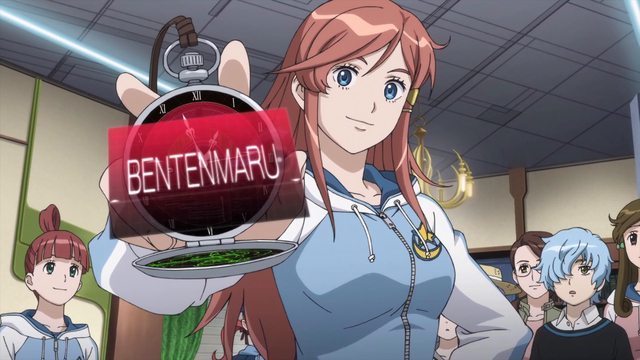 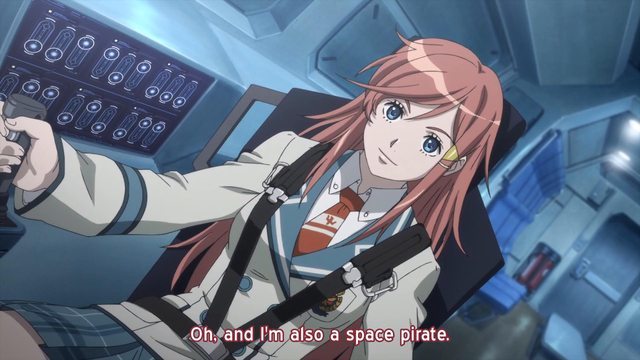 All that talk of Aldnoah.Zero reminded me of this movie that I hadn’t watched yet even though I loved the show. 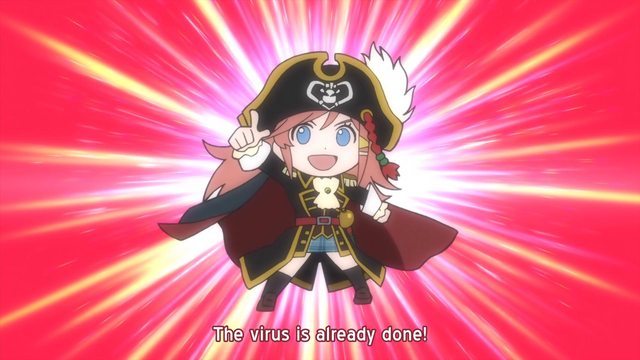 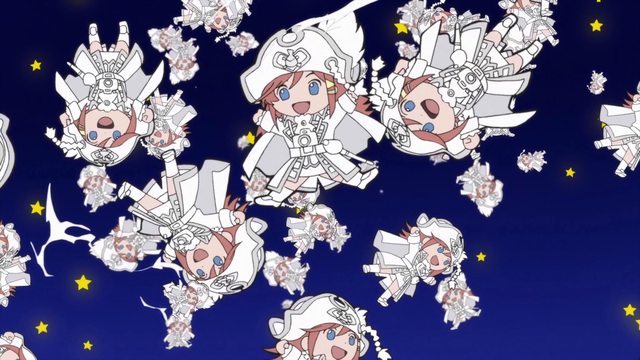 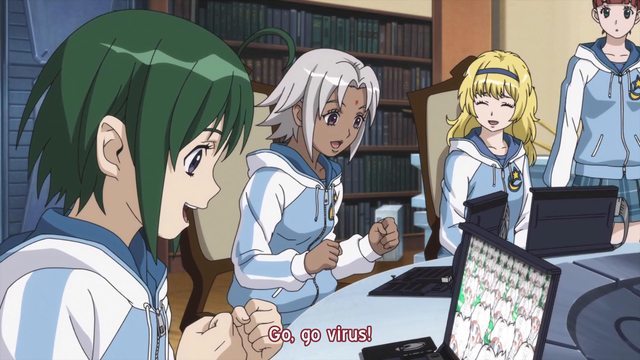 The combat in that series is very non-traditional, relying on math and psuedo-science that sounds real enough instead of who could shoot the bigger beam.

Space Pirates is another example of a show that fits in this mold, some of the hypest shit is any scene involving electronic warfare. Actual beam weapons and missiles always seem like a last resort. 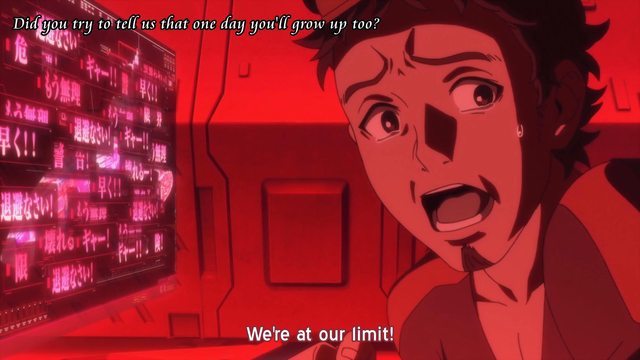 Engineer guy is so moé, I just want to hug him and tell him everything is gonna be alright.

So the Psycho-Pass movie isn’t coming over until 2016 and I wasn’t gonna wait that long. It actually follows up on what Kougami does after season one. Akane gets to wear this sweet police vest! 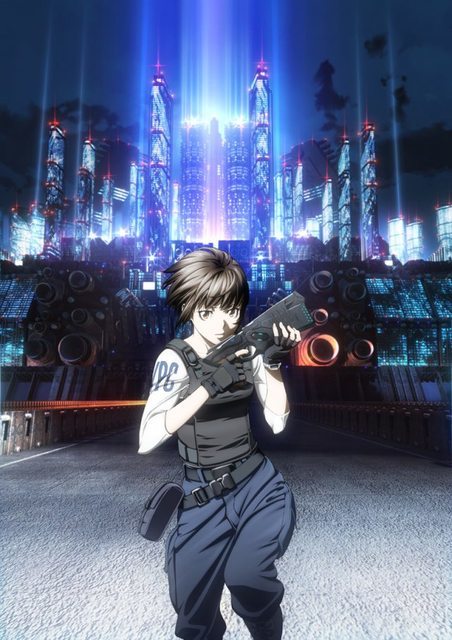 According to Wikipedia it was at least co-written by the original dude, Gen Urobuchi, and I think it shows. Most of the movie takes place in an administrated area where the Sibyl System is being tested in order to expand its control outside Japan. I didn’t think the first season needed the Sibyl System reveal, I felt like what they had shown of its effects stood for itself. That said, I feel like there’s a much better payoff here than what they tried to do with season two. While it does appear to take place after S2, I don’t think anyone needs to be concerned about watching it first. Inspector Shimotsuki’s actions and comments might seem a little odd or blunt/abrasive without knowing her history but I don’t feel that it was particularly important to the movie. The only barely important thing to know about her is that she knows about the Sibyl System and even then you could read that spoiler be like yeah okay I guess whatever. 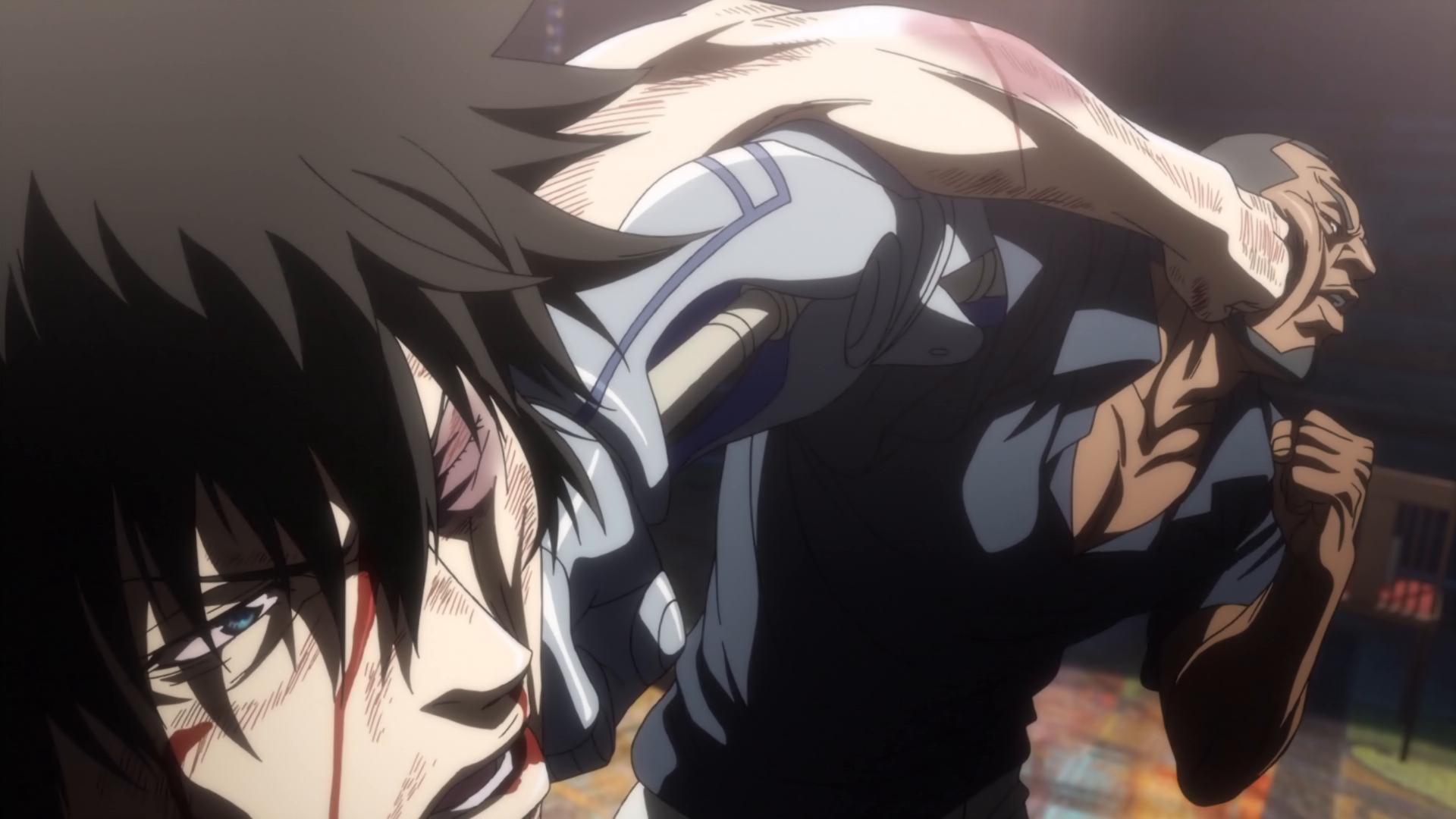 This shit was pretty dope

So, the picture you just shared makes it look very interesting. How good is it? What kind of anime is it? Would it be worth watching?

Would you be interested in a cyberpunk police procedural? That’s pretty much what Psycho-Pass is. I thought it was great, the first season at least.

One word of warning though, it gets pretty violent.