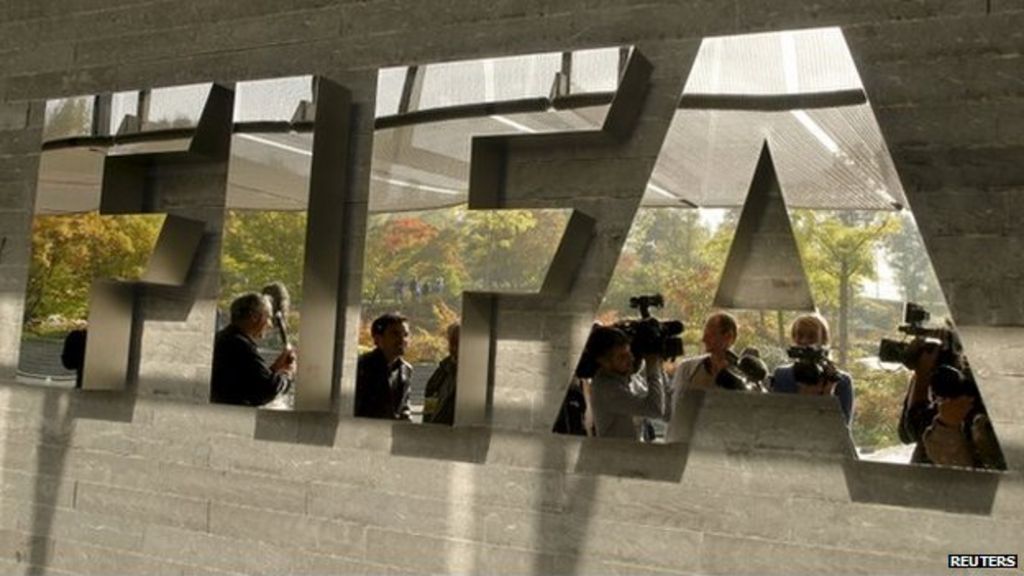 Two criminal inquiries into corruption at football's world governing body Fifa are under way, as seven high-ranking officials are arrested in Zurich.

Good. Now they need to arrest Blatter and cancel the events in Russia and Qatar.

This is a good day for football. Let’s hope the arrest of Blatter isn’t far behind from joining his colleagues in jail.

At the very least there ought to be a re-run of the bidding process for 2022, but that will probably mean lawsuits against FIFA from both the countries that lost out to Qatar and a massive lawsuit against FIFA from Qatar it is is stripped of the 2022 World Cup. Somehow, I can’t see Qatar losing the World Cup now, even though it really should if it turns out the process was as corrupt as it looks to be.

Owen Gibson has the names of the 10 individuals, all currently listed as current Fifa executive committee members, who will now be questioned by Swiss authorities over the 2018/22 World Cup bids. Sepp Blatter and Michel Platini, as Swiss residents, are not included, but will also presumably be questioned.

It’s about time. They are a truly despicable organization.

Coca-Cola, Adidas and Visa were among the companies to voice their concern.

I heard the president of uefa talk about his talk with Blatter, had a hearty laugh.

I see some parallels to F1. If Sepp Blatter and Bernie Ecclestone disappeared tomorrow, our respective sports would be far better off.

Henry Winter ‏@henrywinter 21m21 minutes ago
I can’t remember the last time England have been this long at a Fifa event.

There it is. FIFA showing it’s a complete farce. Hope they fucking arrest him soon.

[quote]This vote has only served to endorse the election of a man who can’t remain in charge of world football. Instead of what Mr. Blatter said, the happenings of last Wednesday were not bad for football: they were bad for FIFA and for all the responsible that lead the organization until now. Football is not guilty but is the governing body’s leaders, who should regulate it, that have no integrity or honesty

There’s no way someone can lead FIFA ignoring the most elementary rules of transparency, legality and democracy. These rules were not reunited as I denounced and, later, as I found out.

Mr. Blatter knew and was aware of the acts of corruption, influence and racketeering or, if he did not know – as he says – it’s because he has no skills to lead FIFA. There is no other way to analyze the problem.

Facing these facts, Mr. Blatter, the principal responsible by FIFA has reached this point, being reelected, that shows exactly how the organization is sick.
Today was another dark day in Zurich. FIFA has lost, but above everything, football has lost and everyone who truly cares about it has lost too.

Mr. Blatter had a very cynical reaction when he said that he couldn’t control everyone. It offends everyone’s intelligence. These persons, whom Mr. Blatter has promoted through years, turned, with him, FIFA in to a decadent organization.

If Mr. Blatter were minimally concerned about football, he would have given up of the reelection. If he has a minimal of decency, he will resign in the next few days.
I regret nothing. I fought, I persisted, I made an effort for the regeneration of this organization that has to change course. We live in an emergency situation and football is the damaged party on this.

I’ve denounced what I directly lived. I would do it again. And I remain available to help FIFA rebuild after this.[/quote]

You mean I sat through that election broadcast for nothing?! 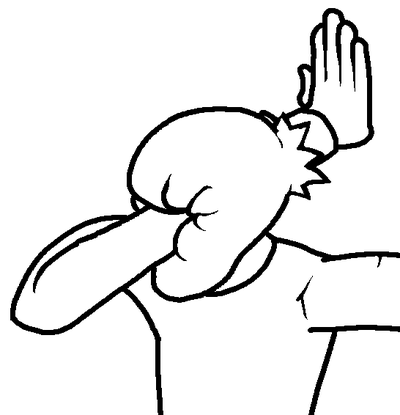 Now let’s hope that cunt Platini doesn’t get in.

Platini will ascend and become the new Darth Sidious.

This is no good. I wanted the entire organization to shut down.