Board game thread of having fun without screens or gamepads

I played Terra Mystica for the first time yesterday and it was incredibly fun. The game is obviously inspired by games like Settlers of Catan, Puerto Rico, and Civilization. It even borrows some game pieces from them. You select one out of fourteen different races with unique traits and special special powers and then compete against up to four opponents. The aim of the game is to gain victory points by collecting various resources, building and upgrading items and completing objectives. It’s extremely balanced and there are multiple approaches to gain victory.

That sounds pretty cool. I think my nephew would enjoy playing that with me.

You know, i watch all the Shut Up and Sit Down videos, because they’re fun and entertaining and have cool cameos.

But i don’t have anyone to play with.

We played Civilization with both the expansions tonight. Five hours later we decided to call it even.

I was listening to Idle Thumbs and they were talking about Sherlock Holmes: Consulting Detective. It sounded really fun but it looks hard to attain.

Shut Up & Sit Down review

I still want to get that game, but haven’t found it yet at a reasonable price.

Went to a friends to play. Had fun playing two games of Avalon with seven people. Then we played Celebrity which is a team party game. That is always fun.

Of course we capped the night off playing Cards Against Humanity.

Tonight we played The Starfarers of Catan (I won!). Besides collecting resources and building new ships/upgrades, you also have to explore new solar systems and deal with random encounters. I would buy it as a Christmas gift if it wasn’t £400 on Amazon.co.uk.

Why is it so expensive?

Is that your picture?

It’s expensive since it is out of print. It was released 15 years ago and AFAIK there hasn’t been any reissues.

Edit: Actually, those rockets are slightly different. I guess there are at least two versions of it. 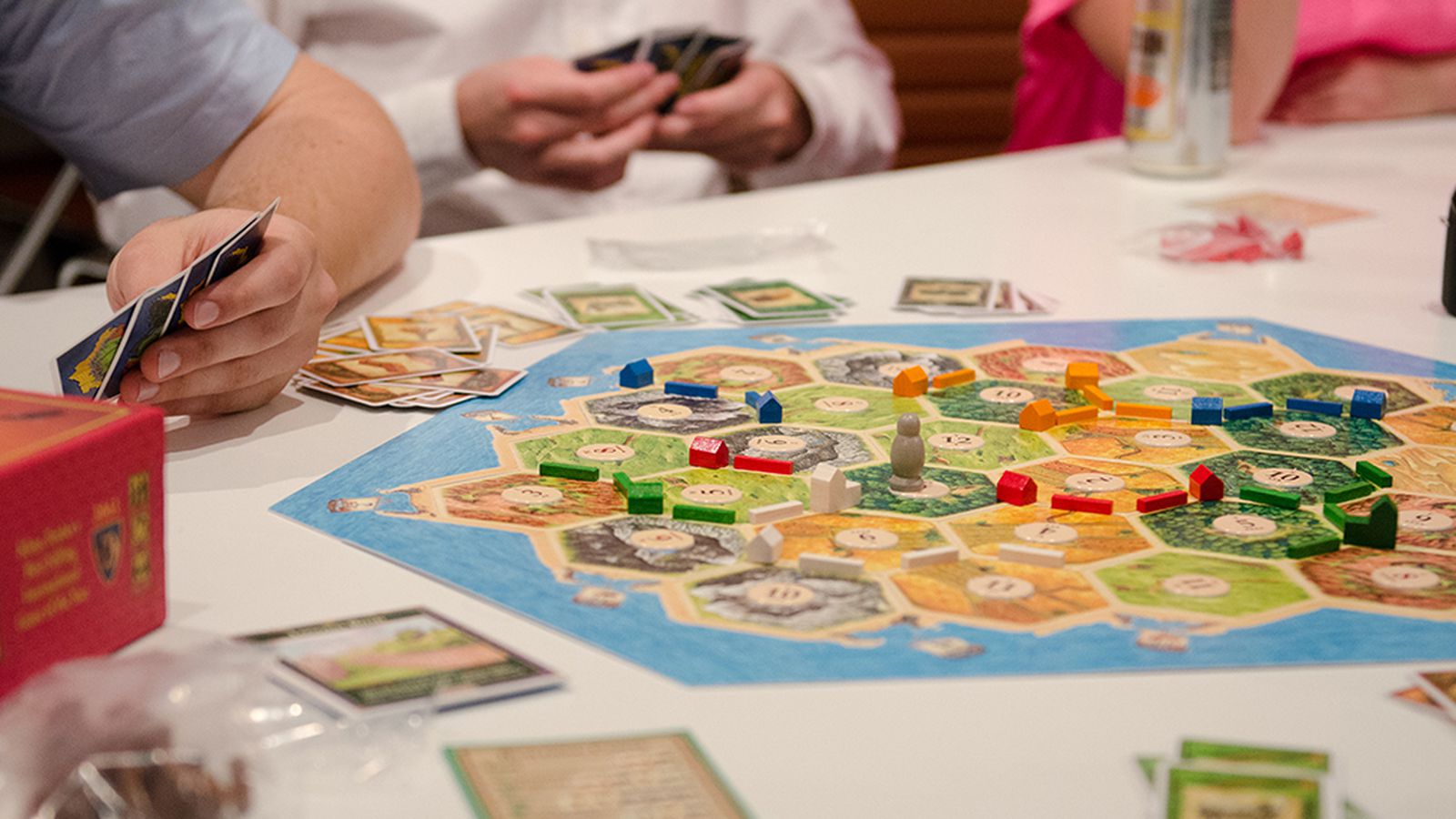 Maybe you're waiting for the turkey to finish cooking. Maybe the meal's over and you're all together in the living room staring silently at a wall. Whatever the case, if you're looking to spend... 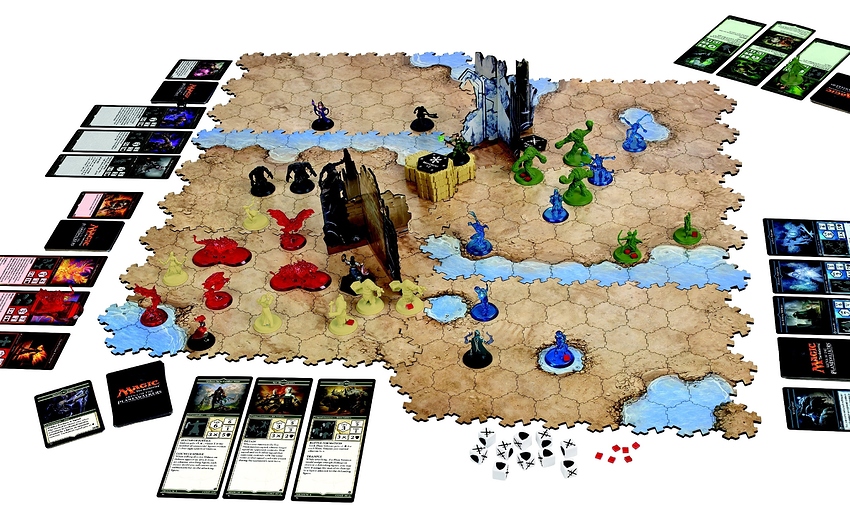 I tried Magic: The Gathering – Arena of the Planeswalkers for the first time yesterday and I really didn’t like it. It’s a mix between a SRPG and the card game. You select one of the five planeswalkers and you have to defeat the other players/teams by summoning creatures and casting spells.

Unlike the card game, there is a huge random component. The outcome of combat is based on dice rolls. Each turn you are limited to only use parts of your army which forces you to neglect most of the board.

I can see it being more fun in the future when they release expansions for it. Yesterday, we both ran out of cards early and there is little synergy between the cards. If I could design my own deck before starting a round then I would have had more fun playing this. 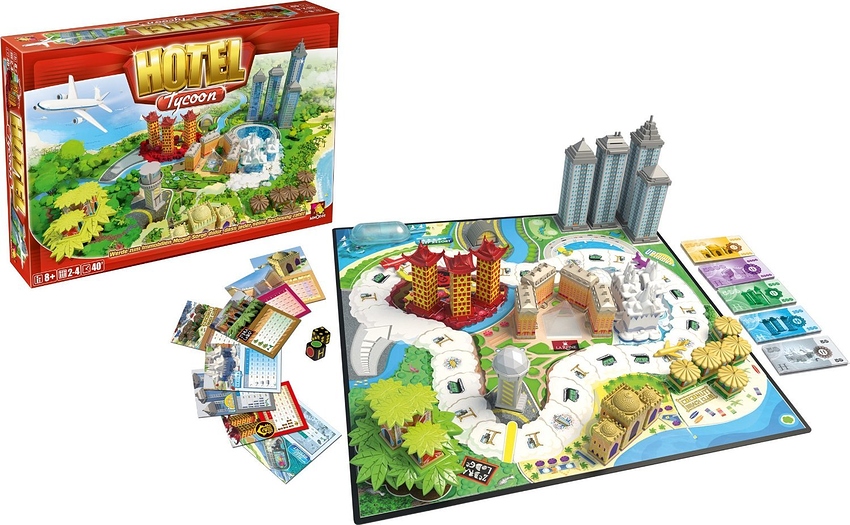 I picked up the new version of Hotel Tycoon for Christmas. Cars are now airplanes and it seems to be a bit more balanced. It continues to be the vastly superior alternative to Monopoly. 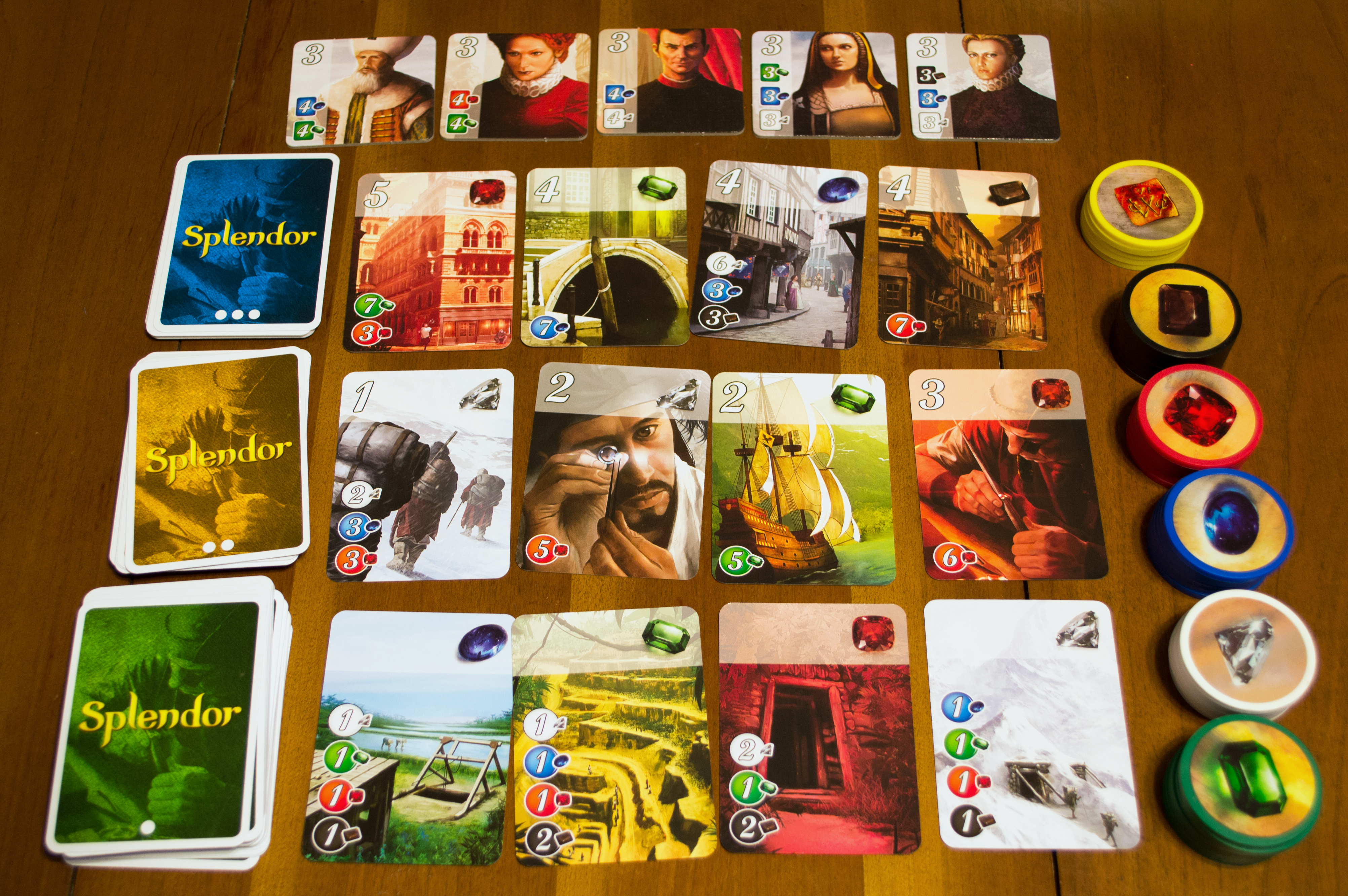 Tonight we played Splendor and although it is a very simple concept it was surprisingly fun. You collect markers and gems and try to reach 15 victory points before anybody else.

7 Wonders turned out to be a fantastic game and it can be played in about 30 minutes. Like so many other games it’s all about collecting resources and victory points.

I played a bunch of board games the other day. 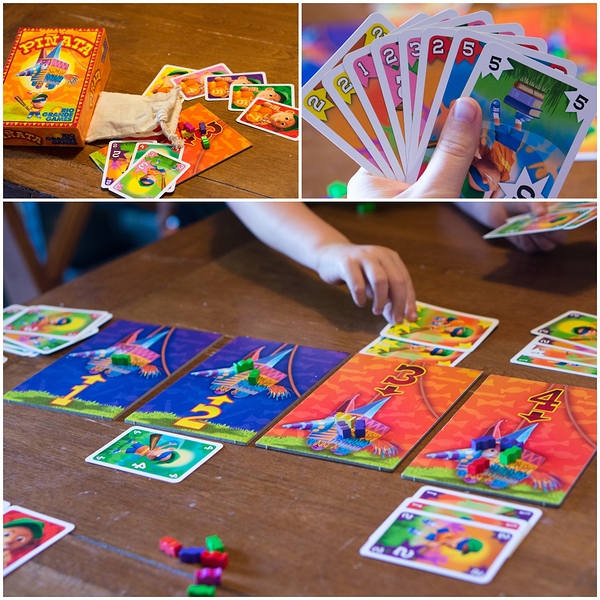 Piñata is a 2-player game where you have to collect candies by playing cards trying to get either the highest or lowest sum. The rules are very simple and it offers a lot of interaction and strategy. 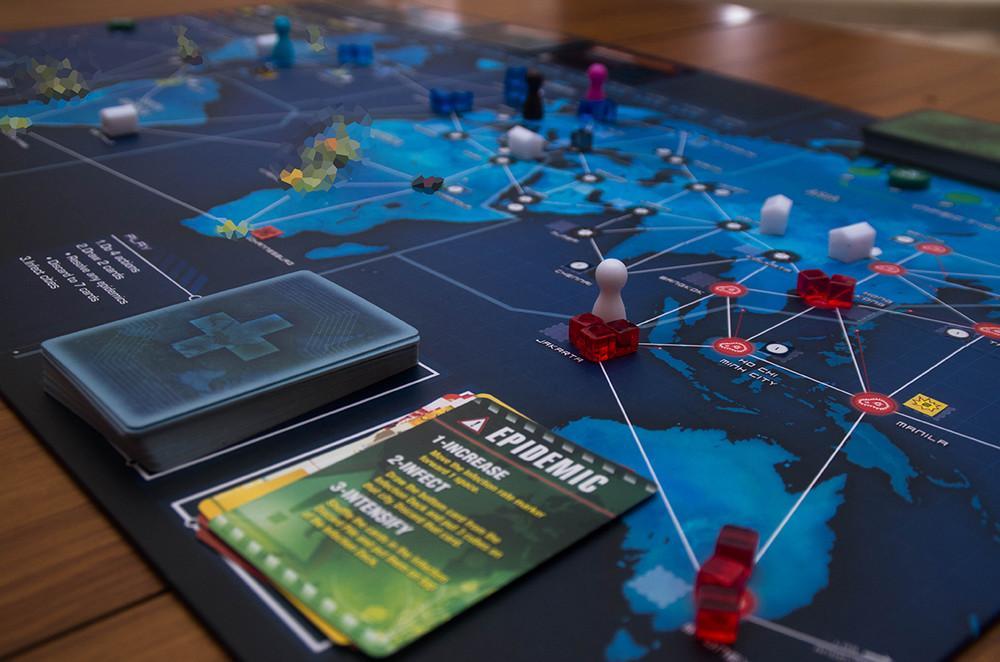 I beat Pandemic for the first time. We had a fantastic start and eradicated two of the diseases almost immediately. 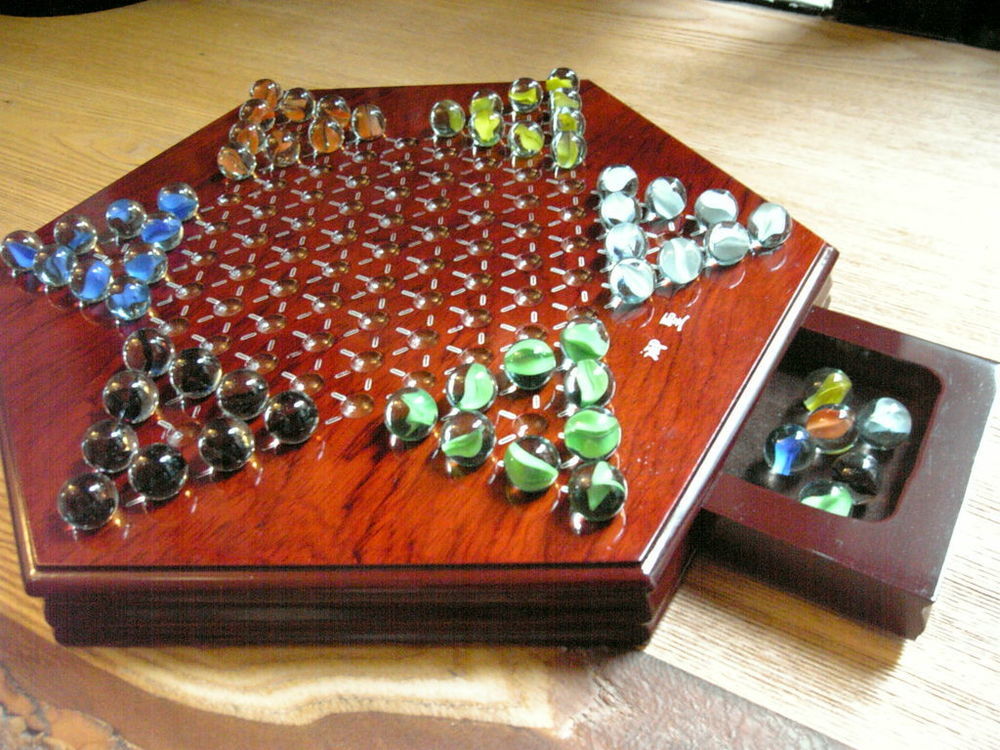 Chinese Checkers isn’t as fun as I remembered it. 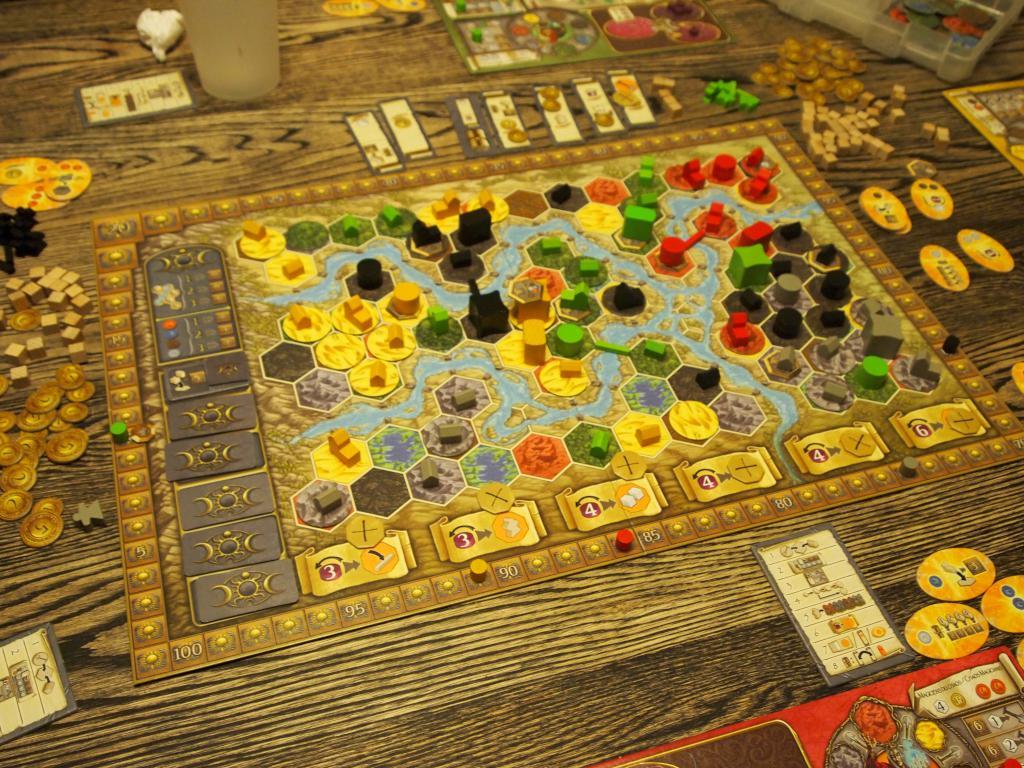 Terra Mystica might be my favorite board game of all time. I had a fantastic time playing it again.

I really love scenario based, D&D-esque board games, there’s an odd social stigma attached to them, but they’re just so much fun. You get the benefit of spontaneity, the fun of getting a story to work with, and the fun of really working with a few friends against the person playing the DM-type role of the game. They can be extremely creative as well. A friend of mine bought an HP Lovecraft based horror board game, and it was awesome.

That’s what I got for my sister this Christmas, Eldritch Horror. 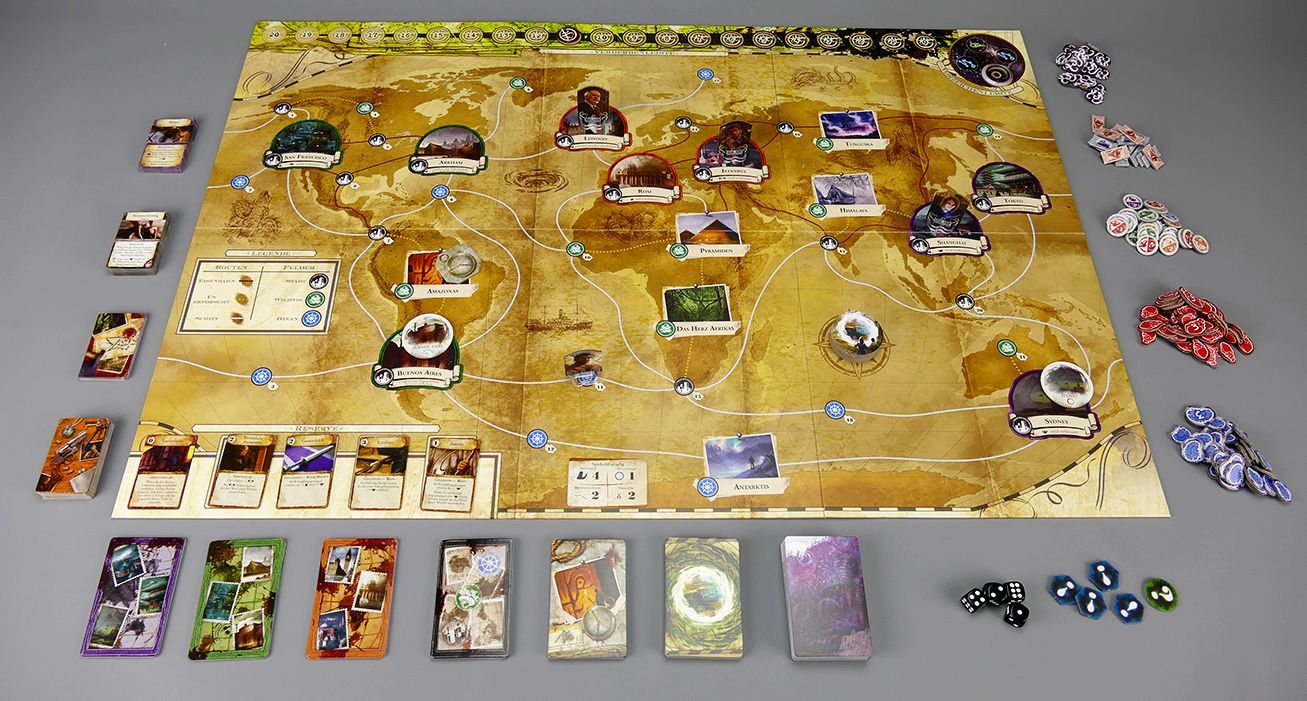 Today I tried Eldritch Horror for the first time. Trough cooperation, players improve their characters, defeat monsters, overcome mysterious events and race against time trying to prevent an ancient evil horror from rising. Setting it up and going through the rules took a long time, and in the end we got our asses kicked by the god Azathoth. Overall it was excellent I really look forward to playing it again.